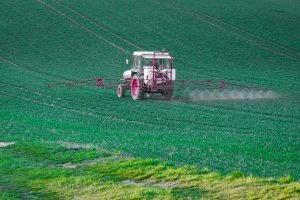 Back in January, the EPA repeated their claim that glyphosate, the most widely used herbicide in the US, isn’t a carcinogen and poses no threat to human health.

Of course they did.

But like the California jury that awarded $2 billion to a couple who claimed Roundup weed killer caused their cancer, University of Washington scientist and statistician Lianne Sheppard is among those who beg to differ.

Back in 2016, Dr. Sheppard was asked to serve on the EPA’s Scientific Advisory Panel (SAP) to independently evaluate the EPA’s review of glyphosate’s connection to cancer. Having used Bayer-Monsanto’s Roundup in her own garden, Sheppard was motivated as both scientist and consumer to discover more about the chemical’s health effects.

No sooner had she begun her research, Sheppard was troubled that the EPA seemed to have dismissed valid findings and relevant evidence in an “apparent violation” of its own guidelines. Sharing her concerns with fellow SAP members Drs. Luoping Zhang and Emanuela Taioli, they agreed to independently review the same evidence.

Little did I know the depths of the politically charged science I was stepping into.

Their meta-analysis, published several months before the EPA’s exoneration of glyphosate, estimated a 41% increased relative risk of non-Hodgkin’s lymphoma (NHL) among those with the highest levels of exposure to glyphosate.

The reaction to this publication was swift.

Just as the International Agency for Research on Cancer (IARC) experienced industry backlash after concluding that glyphosate was “probably carcinogenic to humans,” Sheppard and her colleagues were accused of cherry-picking evidence.

While Sheppard agrees that deep skepticism and independent peer review should always be applied to research, she reflected on the unique challenges when these debates show up in the mainstream press – “an arena that rewards inflammatory comment and lacks transparency about potential conflicts of interest.”

For example, one vocal critic – Dr. Geoffrey Kabat – had to remove his negative review of Sheppard’s study on Forbes because it failed to meet their editorial standards. So he published a similar article for the Genetic Literacy Project, an industry-backed group allegedly created to harass and discredit glyphosate critics. The group was funded by Bayer-Monsanto until fall of 2019. 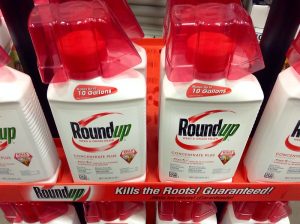 And conflict of interest is definitely a concern – both in the assessment of Sheppard’s study and for future glyphosate studies.

Compare that with the conclusion of this November 2019 study on the effects of glyphosate in the guts of livestock:

The weight of the evidence suggests that glyphosate use in crops fed to poultry and livestock has not affected animal health, rumen/gut microbes or production.

Their conflict of interest?

The authors are employees of Bayer CropScience, a leading manufacturer of Roundup®. Glyphosate is the active ingredient in Roundup brand herbicides.