Will Fluoridation Finally End in the US? 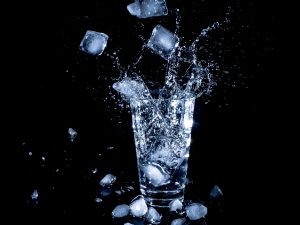 Hopes are high that an upcoming federal trial in San Francisco will finally spell the end of fluoridation nationwide. This is the case we told you about before, in which the Fluoride Action Network (FAN) has teamed up with several other plaintiffs in what may be a landmark case against the EPA.

Temporarily delayed due to COVID-19, the trial is set to start June 8 via video conferencing and will be made available to the public.

Last week, presiding judge Edward Chen also ruled against the EPA’s request to report on the purported “benefits” of community water fluoridation. Instead, he will restrict testimony just to fluoride’s risks under the Toxic Substances Control Act (TSCA).

According to the TSCA, if the plaintiffs are able to prove fluoride presents an “unreasonable risk of injury to health or the environment,” the EPA may be required to halt the use of fluoride in water systems nationwide.

Additionally, the judge ruled against the EPA’s efforts to exclude three international experts in neurotoxicity who are expected to testify on the risks fluoride poses in public water supplies. FAN’s executive director Dr. Paul Connett hailed both rulings as

helping to keep the focus of the trial where it belongs, on recent scientific studies pointing to IQ loss in the offspring of pregnant women exposed to higher levels of fluoride. 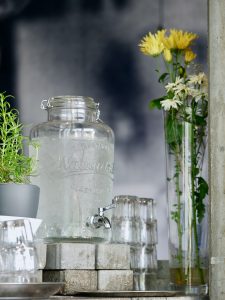 The experts cleared to testify for the plaintiffs are Dr. Philippe Grandjean, Dr. Howard Hu, and Dr. Bruce Lanphear.

A Fulbright Scholar, Dr. Grandjean is on the faculty of Harvard University and the University of Southern Denmark. He’s received multiple awards throughout his long career for his research on the effects of environmental toxins affecting children and has also been recognized for his advocacy in protecting future generations from the effects of neuro- and developmental toxins.

Dr. Hu, from the University of Washington’s School of Public Health, has led international research teams investigating the environmental, nutritional, social, and epi/genetic causes of chronic disease and impaired child development in the USA, Mexico, India, China, and elsewhere around the world.

Dr. Lanphear is on the faculty at Simon Fraser University in British Columbia, where his research focuses on preventing common diseases and disabilities in children, as well as quantifying the impact of risk factors to children’s health including exposures to heavy metals and chemicals.

With their testimony, the hope is to prove that the EPA

dismissed studies relied upon by plaintiffs on demonstrably false grounds and failed to consider the research on fluoride neurotoxicity through the framework of its Guidelines on Neurotoxicity Risk Assessment.

With out-of-control fluorosis rates and ample research linking higher fluoride exposure with decreased IQ and other cognitive impairments in children, let’s hope we can all watch the Toxic Substances Control Act put to the test in this trial and protect future generations from this destructive neurotoxin.