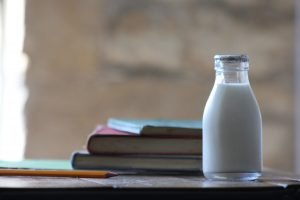 While cow’s milk doesn’t have to be a part of a healthy diet, in North America it generally is, especially for kids. “Just make it reduced-fat,” the purveyors of conventional wisdom say, concerned about overweight and obesity.

But a new review and meta-analysis of 28 studies confirms that, actually, whole milk looks like the better bet.

None of the studies in the analysis – which involved a total of almost 21,000 children between the ages of one and 18 – showed that kids who drank reduced-fat milk had a lower risk of being overweight or obese.

Eighteen of the 28 studies suggested children who drank whole milk were less likely to be overweight or obese.

The research team isn’t sure why whole milk might lead to reduced obesity, though one theory they have is that whole milk makes kids feel more full, so they drink less. Yet it’s also possible that some of the fatty acids in milk may act directly on cells in ways that affect muscle building and weight regulation. As the Weston A. Price Foundation notes,

Butterfat in whole milk, particularly butterfat in milk from cows that graze outside on green pasture, provides unique nutrients that support thyroid function and help the body put on muscle rather than fat. 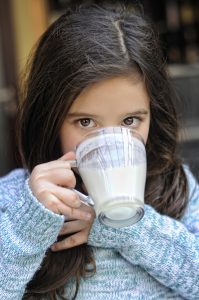 In fact, as the authors of the current review note, when the reduced-fat dogma was introduced, there was actually “little evidence” supporting it. Most likely, “experts” drew from the once-common belief that eating fat makes you fat, along with the also-debunked notion that all calories are alike.

Thus, it’s not just full-fat dairy that’s being re-evaluated. Evidence continues to mount against the still common belief that saturated fats – like those found in whole milk or red meat, for example – are bad for you. With recent reviews and meta-analyses continuing to show no associations between saturated fats and cardiovascular disease, stroke, or type 2 diabetes, whole milk starts looking pretty tasty.

But just as with all the other foods you consume, do your best to budget for organic and avoid the potential for pesticide and antibiotic residue that’s found in more than 60% of the conventional milk sold in grocery stores across the country.

And remember that yet another commonly held (and incorrect) belief – one that’s also in those guidelines – is that your whole milk must be pasteurized. Not so. Pasteurization means a loss of the powerful antioxidant glutathione, as well as the healthy bacteria it can deliver to the gut and a whole lot of vitamins.

So if you do choose to make whole cow’s milk a part of your diet, know where it comes from, what those cows are eating, and how much that milk is processed.