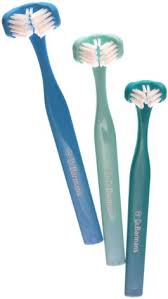 A new toothbrush doesn’t guarantee better brushing habits or even that you’ll get a better cleaning. Technique matters. But what if you have movement challenges, say, that make it hard for you to brush effectively?

One technology developed for such folks is the triple-headed toothbrush. The idea is that the three heads together maintain contact with all surfaces of each tooth at the proper angle. So you also see it marketed for children who have trouble with proper brushing, as well.

Marketers insist that a triple-headed brush will get the job done faster, easier, and better than a standard brush. But recent research in the International Journal of Dental Hygiene suggests that may only be the case when caregivers are doing the brushing.

Evaluating 15 clinical trials including 18 relevant comparisons, the authors found that

Less is known about the efficacy of some new toothbrush designs for the general public, most of which aim to make brushing so quick and effortless, it becomes a cinch to do it regularly.

As if two minutes each morning and night – the duration and frequency we recommend for toothbrushing – were such a terrible sacrifice to make for supporting your oral and overall health.

The latest entry in the speed-brushing category is Amabrush, which has raised over $2.3 million through its highly publicized Kickstarter campaign. The device fits in your mouth and automatically brushes all the surfaces of your teeth with tiny silicon bristles in just 10 seconds.

But speed doesn’t come cheap. Not only do you pay a bit over $90 for the unit and charger but $7 every three to six months for a replacement mouthpiece and roughly $3.50 a month for the special toothpaste the device requires. 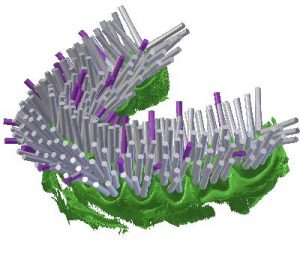 It seems a lot like an automated version of the Blizzident device that came onto the market a while back. The makers of that device claim it cleans all tooth surfaces in just six seconds as you bite on the bristled mouthpiece. They also say it flosses your teeth and cleans your tongue – all for an investment of a few hundred dollars every year.

Amabrush stops short of the flossing claim. And the company’s founder and CEO offers an important caveat:

And you still need to floss – the part of hygiene that most people are most irregular about. We’ve yet to see any gizmo addressing that.