When It Comes to Fillings, “Silver” Is Not So Much Silver

A silver filling sounds a little like a piece of bling put in your mouth, right? But a more truthful name for it is “mercury filling.” The amalgam – a mixture of metals – such fillings are made of is actually about 50% mercury, a known neurotoxin.

Despite the dangers, false labeling and euphemistic language have made it possible for dental patients to be put at risk unawares. This month, a new Zogby poll for Consumers for Dental Choice reported that 57% of Americans do not know that mercury is the main ingredient in amalgams. This isn’t so surprising when you consider that only 11% said their dentist had informed them about what their “silver” fillings would be made of.

Think about it: 89% of people were not granted the right of informed consent – the right to say yea or nay to a particular treatment once they are explained its risks and benefits.

And it gets worse. Americans making under $50,000/year are three times less likely to be told by their dentist that their amalgam fillings contain mercury. And a miniscule 6% of African-Americans report getting this critical information. 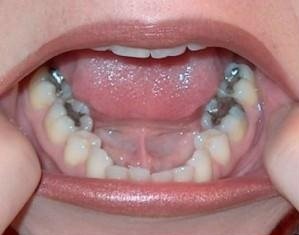 Women are also less likely to be informed than men – a fact which has some scary implications. For women of childbearing age, it’s not just her own health that’s at stake but that of any children she may conceive once the fillings have been placed. Children may experience tremors, vision and hearing impairments, developmental delays, autism… the list goes on.

Decisions about your health or your child’s health shouldn’t just be handed over to your dentist, however educated and well-intentioned he or she may be. You deserve to have all the information possible before you make a decision.

Unfortunately, the report found that 63% of patients do not believe that their dentists give them enough information about alternative restorative materials such as composite.

The American Dental Association (ADA) and the FDA do not require dentists to talk to their patients about mercury, so dentists do not have legal incentives to make mercury dangers well-known. Moreover,

The FDA’s willingness to allow the dental industry to use the term “silver fillings” and blatantly misrepresent a product that’s primarily mercury has measurably misled Americans. As a policy, it flies in the face of one of the agency’s primary reasons for being: to protect consumers by preventing companies from misbranding and mislabeling heath care products.

Because of this, 55% of Americans would like to see governmental legislation that would require dentists to inform their patients.

For now, you often have to educate yourself. A few excellent sources of information on the health effects of mercury amalgam fillings:

TAKE ACTION!: Consumers for Dental Choice has launched a petition drive to get Secretary of State John Kerry to help bring the FDA in line with State Department policy since the US signed the global mercury treaty known as the Minamata Convention. Please take a moment to sign and share it through social media or email. The petition is available here.