As we noted last time, while almost 60% of Americans say they’re concerned about GMOs, far fewer can tell you what they actually are. While this could seem confirmation that we fear most what we understand least, in this case, there is room for concern. 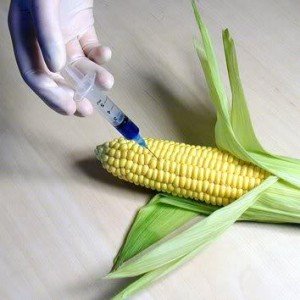 “GMO” stands for genetically modified organism. These are living things whose DNA has been purposefully altered to create favorable traits: resistance to pesticides, for instance, or to bruising. Unlike traditional methods of breeding and creating hybrids, genetic engineering typically involves moving genes from one species into another.

They are patented products largely created with the needs of industrial agriculture in mind. They do not occur in nature.

And we still have only partial understanding of their consequences. Human health concerns are only part of it. We are already seeing the rise of “super weeds” and “super bugs” as natural life forms adapt to GMO crops, leading to even heavier use of some pesticides. Cross-contamination with non-GMO crops is yet another concern.

Those in favor of GMOs typically downplay such things and insist that GMOs are needed to produce greater yields to feed our planet’s ever-growing population. Yet a 2012 study in Nature found that although yields at organic-certified farms looked smaller at first,

Under certain conditions — that is, with good management practices, particular crop types and growing conditions — organic systems can…nearly match conventional yields, whereas under others it at present cannot. To establish organic agriculture as an important tool in sustainable food production, the factors limiting organic yields need to be more fully understood, alongside assessments of the many social, environmental and economic benefits of organic farming systems.

More recent research jibes with this.

A new analysis of more than 100 studies conducted by researchers at the University of California, Berkeley, concluded organic farming created a unique mix of biodiversity in the soil and surrounding environment that is difficult to mimic with synthetic chemicals. The researchers analyzed what they say is the largest data set ever compiled on organic and conventional methods across an index of about 50 common crops.

The findings were published Tuesday in the journal the Proceedings of the Royal Society of London.

They did find a productivity gap—organic farms are almost 20 percent less productive than conventional ones, a number still lower than conclusions drawn by many previous studies. The group also thinks that that gap could be reduced or even totally eliminated by further investment in organic farming research, education and seed breeding.

By supporting farmers whose focus is on conservation and renewable resources, you show that you want foods that are natural, that aren’t covered in synthetic pesticides that make your food look pretty but hurt the Earth and its inhabitants’ health. Run-off from conventional farming compromises the soil, our water, and our air. This is reason enough to look for better, more sustainable food production that doesn’t rely on chemicals.

By choosing organic, you are saying that you want safe, nutritious food.