Vaping & Smoking Are Equally Awful When It Comes to Periodontal Disease 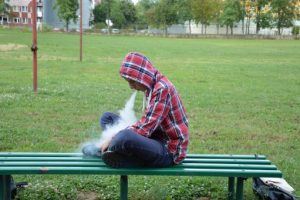 While the dangers of vaping have been all over the news lately, that vaping is no good for your health is hardly news in and of itself. We first blogged about it a couple years ago.

The immediate concern is focused largely on causing a host of respiratory illnesses in users, or worse, death. Some of the more severe cases are due to counterfeit products, while others are blamed on additives or allergic reactions.

But the problem with vaping doesn’t end there.

Dentally, vaping also spells trouble, as new research in the Journal of Periodontology reminds, demonstrating how its effects can be just as insidious and far-reaching as those of smoking.

This large study analyzed data from 13,551 participants involved in the Korean National Health and Nutrition Examination Survey between 2013 and 2015, who were categorized into four groups: vapers, smokers, ex-users, and non-users. Periodontal health was assessed and compared among groups.

South Korea already has an extremely high smoking rate, by the way, especially among men. Just over 40% of South Korean males smoke (compared to 16.7% of American men), along with 6.4% of women. The research team noted that vaping is commonly seen as a way to curb smoking, with many thinking of it as a “safer” option. As pressures against smoking have risen, vaping rates have risen markedly.

With respect to oral health, at least, this is a bit of an illusion. 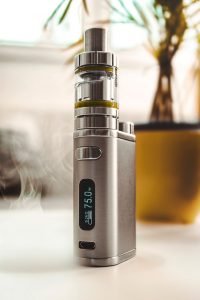 In fact, the rate of gum disease was only slightly higher in smokers than vapers, men and women alike. What’s more,

Both vaping and smoking had significant relation to dental caries, toothache, and dental damages.

The researchers also noted that for those who vape or smoke, the incidence of periodontal disease continued to increase until about age 50, where it leveled off. According to the report, this “counterintuitive” result was likely due to tooth loss – a common result of gum disease.

If  all this weren’t sobering enough, the effects of gum disease are hardly limited to the mouth. It’s also been repeatedly linked with systemic issues such as cognitive, heart, and metabolic health. If that sounds like a fancy way of saying vaping affects pretty much everything, well, we won’t argue.

So we’ll say it again: Vaping is NOT a safe alternative to smoking in any way, shape, or form. If you’ve made it a habit, just as with smoking, today is the perfect time to start replacing it with healthier habits.