Two New Studies on How Fluoride Affects the Brain

If you were to ask the average dentist about the risks of overexposure to fluoride, at most, they might mention dental fluorosis – a condition in which the teeth become discolored and pitted.

In fact, this is how fluoride even came to dentistry’s attention, after a dentist named Frederick McKay reasoned that local water – with its high levels of fluoride – had to be the source of all the cases of “Colorado brown stain” he observed upon moving to Colorado Springs in the early 1900s. He also noted that the stained teeth seemed more resistant to decay.

These days, however, we have a greater understanding of fluoride. Science has shown that while topical fluoride may help slow the rate of decay, ingested fluoride appears to have no oral health benefit, even as it raises the risk of a range of systemic health problems. 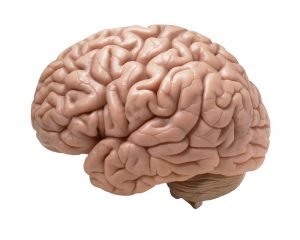 Much recent research has focused on fluoride’s impact on the developing human brain, particularly as measured by IQ, including a study published earlier this month in Risk Analysis by Philippe Grandjean, Christine Till, and colleagues. Grandjean’s and Till’s previous individual work on the neurotoxicity of fluoride has been published in such esteemed journals as The Lancet Neurology and JAMA Pediatrics, among others.

With their new paper, they aimed to determine a safe level of fluoride exposure during pregnancy with respect to the cognitive health of offspring.

The study found that a maternal urine fluoride concentration of 0.2mg/L, which is exceeded 4 to 5 times in pregnant women living in fluoridated communities, was enough to lower IQ by 1 point. They state that:

“These findings provide additional evidence that fluoride is a developmental neurotoxicant … and the benchmark results should inspire a revision of water-fluoride recommendations aimed at protecting pregnant women and young children.”

Note that the loss of 1 IQ point has been the EPA’s standard in other risk assessments, equivalent to a lifetime earning ability loss of nearly $20,000. Going by current US fluoridation practices, children so exposed to fluoride may face a potential IQ loss of 4 points or even more, according to some estimates.

Meantime, another study – already published online in Environment International and slated for print this fall – analyzed gene/fluoride interactions and found that among more than 950 Chinese schoolchildren,

Fluoride concentrations in drinking water, urine, hair and nail were found inversely associated with intelligence scores and the probability of high intelligence.

In other words, the greater the exposure to fluoride, the lower the intelligence scores – and the less likely students were to exhibit high intelligence.

“Fluoride is able to cross the blood-brain barrier,” write the study authors.

Excessive accumulation of fluoride in the brain contributes to neurological damage. Population-based studies suggested adverse effects of high fluoride exposure on children’s neurodevelopment, including intelligence loss and cognitive decline (Till et al., 2020). Similarly, animal evidence indicated that excessive exposure to fluoride might induce deficits in attention, memory and cognition (Zhu et al., 2017). Although numerous studies have uncovered the harmful effects of fluoride on intelligence, the exposure estimation was mainly based on water or urine samples. As relatively long-term internal exposure indicators, fluoride contents in hair and nail are crucial to reflect the chronic exposure levels (Rango et al., 2017). In our study, hair and nail fluoride were both positively correlated with water and urinary fluoride. Besides, increased fluoride contents in hair and nail were both associated with reduced IQ scores in non-linear model and lower possibility of developing high intelligence, which were consistent with the findings from water and urinary fluoride. Based on multiple fluoride exposures, our study suggested the potential intellectual damage caused by excessive fluoride exposure.

More, they identified a number of specific genetic interactions that may help us better understand how fluoride does what it does to the developing brain.

Bottom line: The more we understand about fluoride, the clearer it becomes that adding it to our public water supply has been a mistake, that the risks outweigh any benefits. And truth be told, it’s not like fluoride is hard to come by for those who want it.

Meantime, if we’re really serious about reducing rates of decay and gum disease, we can do far better by starting with nutrition, followed by proper hygiene, and healthy habits that support tooth and body health, alike, including exercise, sleep, and stress reduction. Only then will we be addressing root causes rather than chasing after symptoms.