Over the years, researchers have uncovered many links between sleep apnea and other health problems, including heart and liver issues, diabetes, sexual dysfunction, cognitive decline, and more. But can treating the apnea help lower your risk of them?

At least when it comes to cognitive decline, the answer is “yes,” according to research recently published in the journal Sleep.

Data from more than 53,000 Medicare patients with sleep apnea was analyzed to see what kind of relationships might emerge among apnea diagnoses, treatment compliance, and conditions such as Alzheimer’s, dementia, and mild cognitive impairment. Most (78%) were treated with positive airway pressure (CPAP and so on), and most of those (74%) regularly used their PAP device as directed.

The researchers found that, compared with those who didn’t follow through with their apnea treatment, those who did were less likely to be diagnosed with dementia or mild cognitive impairment over the next three years.

But while PAP certainly remains the most common apnea treatment these days, it’s hardly the only option available. More and more, oral appliance therapy is considered a first line treatment for even severe cases, with case severity being determined by a person’s AHI or “apnea/hypopnea index.” This number represents the average number of times a person stops breathing each hour during sleep. An AHI under 5 is considered normal, while 5 to 15 signifies mild apnea, 15 to 30 is moderate, and over 30 is severe.

One of the more recent studies on oral appliance therapy looked specifically at its effectiveness for people with moderate or severe sleep apnea. Their average AHI at baseline was just under 30. The researchers found that oral appliance therapy reduced AHI by nearly 64% in these patients and to less than 10 for just over 64% of study participants. 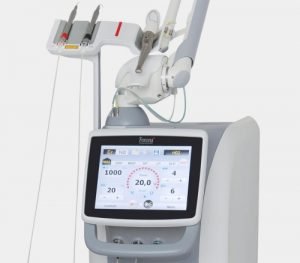 Another excellent CPAP alternative with a growing evidence base is NightLase, in which we use a laser to recontour tissues around the top of your windpipe, stimulating your own body’s ability to restructure collagen in the area. The result is a wider, less restricted airway.

This minimally invasive procedure usually takes three short visits over a six-week period, and the results typically last for a year to a year and a half. Earlier research has shown Nightlase to reduce snoring by nearly 75% – no oral appliance needed.

One recent study of the technique involved patients with a wide range of AHI scores.

A decrease in AHI for all the patients with different severities of OSA tested in this study was achieved, with 66.3% average improvement (32-100%). Fifty percent or more improvement was achieved in 78% of all patients.

Of course, the question remains whether these are as effective as PAP in reducing the risk of cognitive decline as shown in the study we started out this post with – something the study wasn’t designed to find. Yet considering that they are proving as effective as PAP, there’s every reason to think that they would yield comparable results. Time and future research will tell…