The Surprising Link Between Migraines & Your Mouth 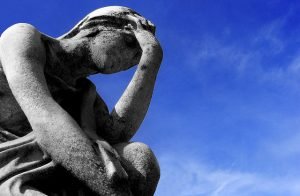 A recent study in mSystems found that the mouths of people who suffer from migraines contain a lot more microbes that can modify nitrates than the mouths of those who don’t get migraines.

Notably, many of the 38 million Americans who suffer migraines report that specific foods can trigger their headaches – foods like chocolate, wine, and processed meats. Nitrate is a common denominator.

Nitrate is a salt of nitric acid and found naturally in fruits, vegetables, and grains. It’s also added to cured meats such as salami, bacon, and hot dogs, where it acts as a color preservative or is used to slow the growth of microorganisms.

Clearly, fruits and vegetables, in which nitrates are naturally present, can provide a variety of health benefits. But because some nitrate is converted to nitrite in your body – a process that happens almost immediately when it mingles with the bacteria on your tongue – it can also form nitrosamines. These are damaging compounds. Most are carcinogenic.

The down side? Because the byproducts of nitrates affect blood flow and blood pressure, they can trigger migraine headaches.

When you eat fresh fruits and vegetables that are naturally high in nitrates, you also get an antidote, of sorts, by way of their vitamin C content. Vitamin C naturally inhibits the conversion to nitrosamines. This isn’t the case with artificially added nitrates in processed meats.

Which brings us back to the new research on migraines.

Curious to see if there could be a connection could be seen between what people eat, their microbiomes, and their experience with migraines, the research team explored a public data base from the American Gut Project, the crowdfunded citizen science project we mentioned earlier.

Specifically, they sequenced bacteria found in 172 oral samples and 1996 stool samples from American Gut participants who had previously indicated if they suffered from migraines. This sequencing identified differing levels of abundance of bacterial species between those who get migraines and those who don’t.

Once the species were identified, researchers were able to analyze which genes were likely to be present in the two sets of samples. While there were slightly more genes that encode nitrate, nitrite and nitric oxide-related enzymes in the stool samples of the migraine group, the oral samples had an abundance of these genes.

According to Embriette Hyde, PhD, project manager for the American Gut Project,

We know for a fact that nitrate-reducing bacteria are found in the oral cavity. We definitely think this pathway is advantageous to cardiovascular health. We now also have a potential connection to migraines, though it remains to be seen whether these bacteria are a cause or result of migraines, or are indirectly linked in some other way.

The next phase of research will explore different types of migraines to determine if their oral microbes actually express nitrate-reducing genes. This may help determine if circulating nitric oxide correlates with migraine status.