The Power of Dental Ozone Against Gum Disease

Hear “infectious disease,” and your first thoughts probably go to something like the flu, not oral diseases such as caries (tooth decay) or periodontal (gum) disease. Both of those are infections, too, destroying tissues in the mouth. 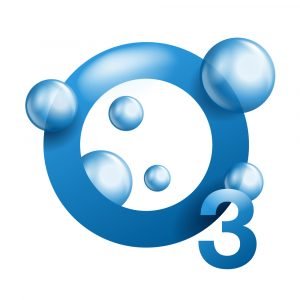 This is why ozone can be such an effective part of treatment. Its power against infections is one of its standout features and why we use it in such a wide variety of procedures. It’s simple. Natural. Effective.

And an ever-growing body of scientific research supports it. Just this year alone, a number of studies have been published looking solely at ozone’s potential role in treating gum disease. Let’s take a look at a few of these, and you can see for yourself just how much of a different dental ozone can make.

One study involved 32 generally healthy patients with periodontitis. This is the severe form of gum disease, which is marked by bone loss, which causes the teeth to loosen in their sockets.

Each patient had their teeth thoroughly cleaned at the start of the study, above the gums but not below. A week later, records were taken of a few common markers of gum disease: gingival index (a measure of gum disease severity), clinical attachment (the condition of the ligament that joins each tooth to the supporting bone), and tooth mobility. Bacterial samples were also taken from each patient’s two deepest periodontal pockets for analysis. (“Pockets” form in the space between tooth and gum. The deeper they are, the more severe the gum disease.)

Quadrants of each patient’s mouth were then treated randomly with gaseous ozone or air for four weeks. New measurements were taken of the gum disease indicators at the third treatment and three weeks later.

Within the limitations of this study, we can conclude that gaseous medical ozone is effective for the treatment of generalized periodontitis.

According to our results, the gain in the level of insertion, the decreased probing depth, the decreased plaque and mobility and the good degree of satisfaction indicate the clear benefits of using medical ozone as a minimally invasive, economic, painless and excellently tolerated therapeutic measure that is accepted by patients.

While this study considered ozone alone, others looked at the influence of ozone in conjunction with a procedure called scaling and root planing (SRP). This is the “deep cleaning” that’s recommended to keep advancing gum disease in check.

One study published earlier this year compared outcomes for 90 periodontitis patients who were randomly assigned to either an SRP-only group or one that also received ozone. Exams were done at baseline, 3 months, and 6 months. .

Differences began to appear at 3 months. Patients in the ozone group had shallower periodontal pockets and less bleeding upon probing. There was clinical attachment gain instead of loss.

Other studies used ozonated oil rather than gas, with similar results, such as a small but compelling study recently published in the Journal of Cellular Biotechnology. In this case, 25 patients with chronic periodontitis each had SRP and then had half their mouth treated with ozonated oil and half with chlorhexidine gel, a powerful antimicrobial commonly used in the treatment of gum disease. Gum health was measured before treatment and then 30 days later.

Significant improvement was seen on both sides of their mouths. In fact, the researchers observed no significant differences between the two. They thus concluded that

ozonized oil can be considered as a viable alternative to chlorhexidine in the treatment of periodontitis, especially considering its low toxicity compared to chlorhexidine.

Exactly why ozone is such a central therapy in our biological practice.