The March Toward Mercury-Free Dentistry: An Amalgam Update

As more people become informed about the risks of mercury amalgam “silver” fillings, some progress has been made on the road to mercury-free, mercury-safe dentistry for all.

There are a couple recent developments that we wanted to be sure to tell you about.

The Amalgam Debate in Maine 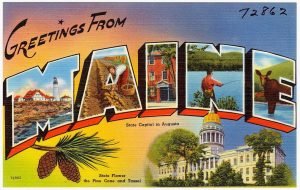 Perhaps you, too, have been keeping your eyes on the Maine legislature over the past few months, ever since State Senator Michael Carpenter presented his “Act To Restrict the Use of Mercury in Dental Fillings in State-funded Dental Procedures.”

The bill aimed to protect low-income residents from being limited to mercury amalgam for fillings, and there was strong debate about whether all dentists should be compelled to provide healthy, biocompatible options for everyone, no matter the patient’s financial status.

According to a recent update from Charlie Brown, National Counsel for Consumers for Dental Choice and President of the World Alliance for Mercury-Free Dentistry, the Maine Senate voted two-to-one in favor of the bill.

Not surprisingly, however, the panicked Maine Dental Association tripled its lobbying staff, peppered the House with falsehoods, and ultimately were able to defeat the bill in the Maine House.

But there have been some wins along the way, too. For one, the Maine Bureau of Prisons no longer places amalgam at all. Also, despite the recent bill’s defeat, the debate brought greater awareness for consumers, and increased support for mercury-free dentistry in Maine.

“We now shift the battleground to the Maine dental board,” Brown explains, “which we learned during the legislative fight has stopped enforcing the state’s fact sheet law.”

That law, passed in 2001, requires any dentist who places mercury amalgam fillings to give patients a brochure on the “advantages and disadvantages” of mercury amalgams before the patient chooses treatment.

On July 1, 2019, Consumers for Dental Choice filed a petition with the Maine dental board, insisting that the board enforce the law so patients in that state can make informed choices about their dental care.

“In Maine, the pro-mercury dentists are breaking the law each time they do not give out this fact sheet before doing a mercury filling,” Brown told us via email. “Our petition gives the dental board a simple pathway to enforce the law.”

What Do YOU Say, FDA?

Meanwhile, back on the ranch – well, back in our nation’s capital, anyway – the FDA’s Center for Devices and Radiological Health has been bombarded with new patient feedback on a variety of medical devices to help inform their “regulatory decision-making.” According to Center director Dr. Jeff Shuren,

By asking patients, industry members and researchers to provide comments and feedback on this list, we’re working to ensure that the valuable insights from patients continue to inform the agency’s decisions and understanding.

Since issuing their request back at the start of May, more than 90% of all comments have focused on concerns about dental amalgam. Here’s just a sliver of the kind of feedback they’ve been receiving:

Now that the comments period is closed, will we finally start to see some action against mercury amalgam on the federal level? After all, it’s been 6 years now since the United States signed and accepted the Minamata Convention on Mercury, which, among other things, requires that our nation – and all other signatories – “create initiatives to reduce the use of mercury in dental amalgam.”

We’re still waiting on even a hint of federal follow-through – which makes local, grassroots support for a mercury-free future even more important. Here are some ways you can get involved in the cause.