The Beef Over Red Meat Is Over (We Hope) 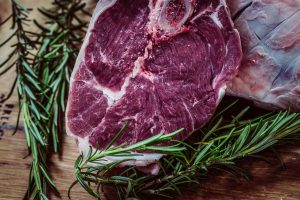 The internet’s been aflame over red meat the past couple weeks, thanks to a comprehensive and meticulous review just published in the Annals of Internal Medicine. It’s conclusion?

Despite incessant warnings from the likes of the American Heart Association and the World Health Organization and counter to the government’s Dietary Guidelines for Americans, eating red meat isn’t going to kill you.

Having examined hundreds of scientific studies looking at the effects of red meat consumption on human health, the authors could reach no other conclusion.

We suggest that individuals continue their current consumption of both unprocessed red meat and processed meat.

How to explain this apparently stunning about face?

For one, the research team was well vetted for potential conflicts of interest – financial, intellectual, and personal – to reduce potential bias as much as possible. More, they were quite strict in choosing which studies to review and which to ignore. Not all research is created equal, of course. They noted, for instance, that common nutritional advice is often based on observational studies and other questionable sources of data.

The organizations that produce guidelines did not conduct or access rigorous systematic reviews of the evidence, were limited in addressing conflicts of interest, and did not explicitly address population values and preferences, raising questions regarding adherence to guideline standards for trustworthiness.

What this team did was “rate the certainty of evidence for each outcome and to move from evidence to recommendations” using a guideline development process incorporating what’s known as GRADE methods. “GRADE” stands for Grading of Recommendations Assessment, Development, and Evaluations, and is recommended by the National Academies of Sciences, Engineering, and Medicine as one of only a few viable methods for evaluating nutrition studies.

This method, noted the executive director of the Nutrition Coalition, meant that clinical trials were prioritized over observational studies. Clinical trials are the gold standard, comparing an intervention group against a control group. Observational studies, on the other hand, rely only on collected data – often self-reported. You can’t control for variables. At best, you can show that two things occur together but not that one necessarily causes the other.

In properly prioritizing clinical trials over observational research, GRADE necessarily pushed epidemiology off its pedestal, and this caused the GRADE team of 40-plus researchers from more than 10 countries to conclude that reducing your intake of meat is very unlikely to make you healthier.

is say we should rely on the highest quality evidence. In this instance, we had 600 cohort studies alone.

He added that in the past, nutritional guidelines appeared to be focused on getting people to eat less meat rather than a “truly dispassionate look at the science.”

We are making gradual progress in rolling back bans on some healthy food, like eggs, but unjustified bans on other healthy foods, like full-fat yogurt and coconut oil, persist.

That said, there are plenty of solid reasons a person might have for avoiding red meat, or at least cutting back on consumption, from environmental concerns to moral choice. But according to this high quality review, supporting good health isn’t one of them. Red meat can indeed be a healthful part of your diet, should you choose to include it.