Sweet-Tooth May Begin in the Womb 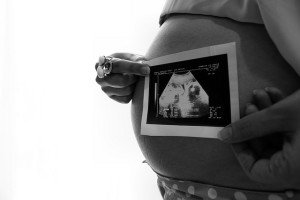 According to a 2012 French study, a child’s taste preferences may be predicted by their mother’s dietary choices, especially those during pregnancy.

Tests showed that just three hours after birth most babies who had been exposed to aniseed in the womb would lean towards a swab containing the odour, while those who had not would either pull a disgusted face and turn away or not react at all.

Another experiment in which a swab of aniseed and a “control” swab of another aroma were placed on either side of the babies’ heads showed that the aniseed-exposed group leant overwhelmingly towards the scent while the other babies showed no preference.

The test was carried out hours after birth and repeated four days later, with the same results.

Consequently, suggested Dr. Schaal, healthful eating during pregnancy and lactation may help “transfer a taste for healthy foods to their children.”

If you enjoy sugary foods during pregnancy, your child may enjoy it for a whole lifetime – an unfortunate problem in this age of increased obesity, diabetes and a host of other chronic diseases spurred by unhealthful habits.

But it’s never too late to get things going in a better direction!

For more tips on teaching kids how to eat right, check out Dr. Dina Rose’s excellent blog It’s Not About Nutrition.