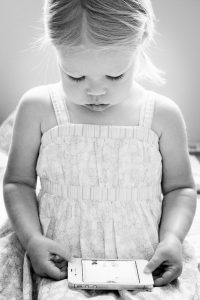 How much time do you spend sitting each day? Probably more than you’d care to. Many of us spend the vast majority of our time every day seated – usually in front of a screen of some kind.

Unfortunately, all this sitting is a major contributor to poor health. And it’s not just adults who have gone sedentary. Kids are in on the trend, too, with screen time up and physical activity is down. As the authors of a recent paper in Obesity Facts noted, surveys have shown that 6- to 11-year olds are inactive for roughly 6.4 hours a day. Among teens, that jumps to nearly 8 hours a day.

Physical activity, on the other hand, is declining. Of boys between 3 and 10 years of age, 11.7% participate in sports less than once or twice a week, and 11.7% do not engage in any sports at all, with even lower levels of physical inactivity in girls of the same age

Suffice it to say, those numbers are going in the wrong direction.

Ideally, screen time should be balanced with more opportunities for kids to keep moving. Their developing bodies and minds need physical activity. Too much screen time, on the other hand, can make inactivity seem the norm. It encourages sedentary behavior.

So what can we do to reduce screen time? A few ideas:

The American Academy of Pediatricians provides guidelines for screen time, harnessing the good digital media can do while keeping screens from completely dominating your child’s waking hours. Again, balance is key.