Through recent years, we’ve seen research tout the wonders of this sugar substitute or that – xylitol, erythritol, and now the latest star? 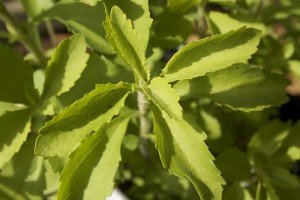 A perennial shrub native to South America, stevia has been traditionally used by native peoples as a sweetener. Unlike xylitol and erythritol, which are highly processed sugar alcohols that may be sourced from GMO crops or the yeast that comes from them, stevia really is natural. Also unlike xylitol and erythritol, its sweetness is integral to the plant – a result of complex compounds in its leaf.

And according to a literature review recently published in Molecules, those compounds also appear to have antimicrobial qualities, as well, combatting oral pathogens – the harmful bacteria that contribute to decay and gum disease.

This is far from stevia’s only power. Other research has suggested significant therapeutic benefits, including

And unlike other zero calorie sweeteners, stevia won’t cause you to bloat, pass gas or run to the bathroom with incredible urgency. It won’t cause you to gain weight, increase your chance at developing diabetes, or predispose you to a multitude of cancers.

But before you run out to stock up on the stuff, you should know that many products that look at first glance like pure stevia are nothing of the sort. Perhaps the most glaring example is Cargill’s Truvia. Cargill was sued for having misleadingly labeled and marketed its product as “natural” when in fact they contained highly processed and GMO ingredients.

This serves as a reminder to always read labels before buying. The product you want is 100% pure stevia extract. (Here’s a good run down of fillers you’re apt to find in powdered stevia products.) 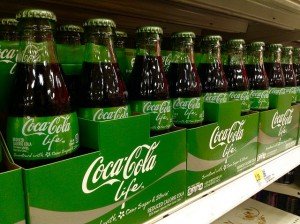 An interesting side note: To this day, the FDA still hasn’t given its stamp of approval to stevia. Only refined stevia products have. These aren’t considered stevia but Rebaudioside A, a steviol glycoside extracted from the plant. Some allege that the makers of other sugar substitutes pressured the FDA into this position so as to keep stevia off the market – until Coke and Pepsi had developed derivative products they wanted approved.

That said, stevia isn’t something you have to buy. You can grow your own plants and make your own liquid extract at home.

That feels so subversive and defiant, it makes you almost want to shout, “Power to the People!”