Here’s some refreshing news about Americans and soda: We’re finally drinking less of the stuff. 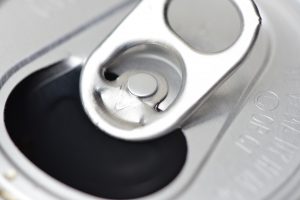 Ten years ago, on any given day, over 61% of adults and nearly 80% of kids drank such beverages, none of which are particularly friendly to teeth (not to mention the rest of you).

Of course, that still leaves a lot of us drinking a lot of sugar. Still, such a significant reduction is an important step forward.

The study monitored data from 18,600 children and over 27,652 adults across 10 years of the National Health and Nutrition Examination Survey (NHANES).

This overall decline in both beverage and [sugar-sweetened beverage] consumption is consistent with previous literature, suggesting a recent “turning point” toward lower energy intake in the US diet, potentially attributable to widespread discussion and media coverage of the role of certain foods (e.g., SSBs) in promoting obesity, changes to food allowances within the Special Supplemental Nutrition Program for Women, Infants and Children, improvements to school feeding programs, and product reformulations by food manufacturers and retailers.

On the downside, consumption rates remain highest among black, Mexican American, and non-Mexican Hispanic teens – all groups at high risk of obesity and diabetes.

On the upside, the study also found that fruit juice consumption is down, as well. As we’ve noted before, fruit juice is essentially concentrated sugar and a major cause of tooth decay among young children in particular. 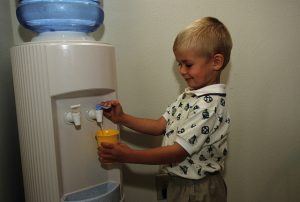 And this may not be a short term trend. Earlier this year, a major trade publication noted that soda sales have been declining for twelve years and counting.

The per capita consumption of soda drinks, including energy drinks, fell to about 642 8-ounce servings last year, the lowest level since 1985, when the Beverage Digest began tracking consumption trends….

Despite the fact that two of the biggest of the soda companies suspiciously fund 96 US health groups – including the American Diabetes Association and the National Institutes of Health – more people are seeing this as little more than an attempt to influence public health policy and maintain profits. Consumer education has been a big help, as have soda taxes, with the money going to fund various health programs.

In 2015, Berkeley, California introduced a soda tax after years of battling the industry. They’ve now seen a drop in sales by nearly 10% – and a spike in water sales, as well.

One year following implementation of the nation’s first large SSB tax, prices of SSBs increased in many, but not all, settings, SSB sales declined, and sales of untaxed beverages (especially water) and overall study beverages rose in Berkeley; overall consumer spending per transaction in the stores studied did not rise. Price increases for SSBs in two distinct data sources, their timing, and the patterns of change in taxed and untaxed beverage sales suggest that the observed changes may be attributable to the tax.

That said, water doesn’t always satisfy the urge for a sweet soft drink, especially if you’re going through a detox by gradually reducing your sugar intake. Here are some alternatives to consider: