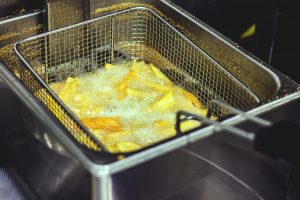 Since the early 1900s, consumption of soybean oil has increased more than 1000-fold, despite research raising one red flag after another about the potential negative effects of this highly processed product on human health.

Soybean oil – often labeled as vegetable oil – is by far the most widely consumed edible oil in the US. It’s also been linked to obesity, diabetes, cardiovascular disease, cancer, and inflammatory and autoimmune diseases, due in part to its high omega-6 fatty acid content.

Now, research out of UC Riverside suggests that soybean oil may affect neurological conditions such as autism, Alzheimer’s disease, anxiety, and depression.

Having previously linked a diet high in soybean oil with diabetes and obesity in mice, the team chose this time to look at the effects of the oil on the hypothalamus, a brain region associated with metabolism, the stress response, and other functions.

The researchers concluded that certain genes in the mice that were given soybean oil weren’t operating properly, identifying about 100 of them. They noticed one particular gene that produces oxytocin, also known as the “love hormone,” seemed to be impaired in mice who ate soybean oil. Among those mice, oxytocin levels were lower than normal.

“In addition to being linked to metabolic disorders,” the authors explain, 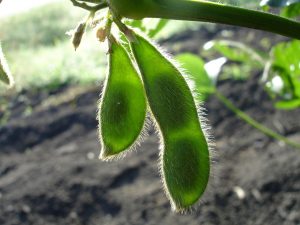 oxytocin signaling is associated with neurological disorders and behavioral and psychiatric functions. For example, low levels of oxytocin in the brain are related to depression, schizophrenia, pain and autism and oxytocin treatment targeting both the central and peripheral systems has been shown to help ameliorate some of these conditions. Could low protein levels of oxytocin observed in the hypothalamus of mice fed the soybean oil diets potentially be linked to neurological dysfunction?

Their findings suggest it’s a possibility – and open up lots of new questions for further research into the oil’s impact on brain function and conditions such as autism or Parkinson’s, as well as human metabolism. They plan future studies to isolate which chemicals in the oil are responsible for disrupting gene activity.

That’s likely to be quite a challenge, considering how many chemicals might be lurking in that soybean oil.

Then there’s the processing of the soy into oil, which involves chemical solvents like hexane, a neurotoxic chemical made from crude oil, followed by numerous steps to degum, bleach, and deodorize the product. While the FDA says that “soybean products that undergo hexane solvent extraction can generally be recognized as safe,” FDA also insists that filling teeth with mercury is a-okay, too.

Hexane residues have been found in soybean oil and other soy products.

The good news? There are so many delightful – not to mention healthier – alternatives to cook with, such as grass-fed butter, extra virgin olive oil, and coconut oil (which is also great for oil pulling as part of your oral hygiene routine). Not only do they support your good health, they also make those beautiful organic veggies and proteins taste even better!