Screening for Sleep Apnea – Helpful or Not? 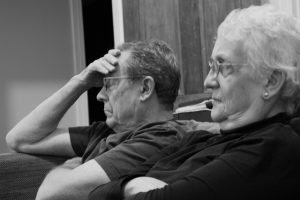 There’s a new report on sleep apnea in JAMA, and it has us a little…well, restless. We think it may send the wrong message and prevent people from getting the help they need to get a good night’s sleep.

“There is uncertainty about the accuracy or clinical utility of all potential screening tools,” wrote the group led by Daniel Jonas, MD, MPH, an associate professor of medicine at the University of North Carolina at Chapel Hill.

It’s estimated that over 18 million people have some form of obstructed sleep disorder, many of whom go undiagnosed. OSA itself has been linked to a number of serious health conditions, including heart disease, type 2 diabetes, and stroke. Hence, the recommendation that dentists and doctors screen their patients.

The current study reviewed 110 studies with more than 46,000 patients. The goal was threefold:

While they found that multiple treatments for OSA were able to reduce AHI, Epworth Sleepiness Scale scores and blood pressure, they couldn’t establish if these reduced mortality or improved other health outcomes. But they did find evidence of a modest improvement in sleep-related quality of life.

Results based on insufficient evidence concern Susan Redline, MD, MPH, who noted in an editorial in the same issue of JAMA,

While the USPSTF found insufficient evidence on screening for OSA in asymptomatic adults, high priority should be given to additional studies that generate rigorous evidence that will serve to improve the recognition and treatment of OSA in the population and reduce its attendant morbidity. However, the current recommendations, if misinterpreted, could negatively influence public health if they are used to discourage direct questioning or deployment of short screening questionnaires for identifying patients at high risk for OSA. Encouraging patient and clinician discussion of relevant symptoms and signs of OSA is one way to help address early recognition.

As we noted just a couple weeks ago, we dentists we are in a unique role to not only screen and treat patients with OSD, but we see the positive results in our patients. And we believe that even the “modest” improvements noted by the study are beneficial to overall health and well-being.