If your car runs on unleaded gasoline, you wouldn’t fill it up with diesel or some other fuel and still expect it to run well. Its engine wasn’t designed to run on it.

Similarly, our bodies are designed to consume a particular type of “fuel”: food as it’s found in nature. Yet many of us seem to act as though any kind of fuel will do. Hyper-processed food products, synthetic meal replacements, GMOs, lab-grown meat – if we can consume it without any immediate ill effect, it all can seem interchangeable. 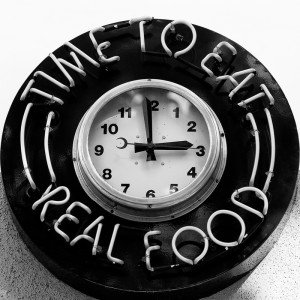 It takes a certain amount of ego to think we can create any food better than nature itself can provide. Still, we keep trying, oblivious to – or disregarding – any unintended consequences this might bring.

Such is the case with GMOs. Although much more research remains to be done, the preliminary results have been anything but reassuring. At minimum, they suggest a need for caution – to proceed slowly until we have a better understanding of how they may impact not only our health but that of the environment.

Many remain skeptical of biotech’s promises and are resisting for many reasons, from health concerns to resistance to the possibility that just a handful of mega-corporations could wind up controlling the global food supply to belief that we have the right to know what we are putting in our bodies before we put it in our bodies. One recent poll found that 93% of Americans support GMO labelling. Earlier this year, millions around the world demonstrated against Monsanto, the designated poster child for the biotech industry.

Suffice it to say, Monsanto and its ilk are fighting back…but maybe not so well.

A few weeks ago, a new website appeared, purporting to tell “the truth” about GMOs – courtesy of Monsanto, Dow Agrosciences, DuPont and other major industry players. It’s a beautiful piece of propaganda, though they prefer to to call it “an effort to increase the dialogue.” (How talking at consumers counts as anything other than monologue we don’t even begin to fathom.)

Critics predicted the industry effort to change consumer skepticism would fail, saying there is ample scientific evidence that GMO foods can contribute to health problems in animals and humans, and hurt the environment.

“This latest effort will likely do little to stop the consumer backlash against genetically engineered foods that has been brewing for years,” said Wenonah Hauter, executive director of Food & Water Watch, a consumer organization.