Our Sugar-Saturated Environment (and What You Can Do About It) 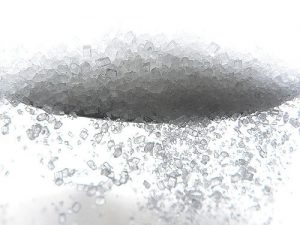 With all we know today about the harmful effects of sugar, why are we still drawn to it like, well, kids in a candy store?

Sure, as many have pointed out, we seem to be hardwired to like sweet flavors. This fact is easily exploited by the makers – and, importantly, marketers – of processed food products.

One way of doing it? Spin the science.

As the Chicago Tribune reported late last year, research proving the harmful effects of sugar – including its contribution to heart disease and cancer – has existed for decades. Why haven’t more people heard about it? Because it was never made public.

Early results in August 1970 indicated that rats fed a high-sugar diet experienced an increase in blood levels of triglycerides, a type of fat that contributes to cholesterol.

Rats fed loads of sugar also appeared to have elevated levels of beta-glucuronidase, an enzyme previously associated with bladder cancer in humans, the researchers said.

Months after receiving these results, the International Sugar Research Foundation failed to approve an additional 12 weeks of funding that the Birmingham researchers needed to complete their work, according to the authors behind the new investigation.

Notably, the team of UCSF researchers who exposed this cover-up, headed by Stanton Glanz, is the same team who exposed the tobacco industry’s manipulative marketing efforts. And what they’ve shown so far suggests that the sugar biz is very much operating by Big Tobacco’s playbook.

Corporations will seemingly do most anything to keep their profits up.

In fact, the sugar industry even went as far as to manipulate dental research on the relationship between sugar and caries (tooth decay). As the Glanz team demonstrated in an earlier paper, industry actually helped set the research agenda for the National Institute of Dental Research.

Industry tactics included the following: funding research in collaboration with allied food industries on enzymes to break up dental plaque and a vaccine against tooth decay with questionable potential for widespread application, cultivation of relationships with the NIDR leadership, consulting of members on an NIDR expert panel, and submission of a report to the NIDR that became the foundation of the first request for proposals issued for the NCP. Seventy-eight percent of the sugar industry submission was incorporated into the NIDR’s call for research applications. Research that could have been harmful to sugar industry interests was omitted from priorities identified at the launch of the NCP. [emphasis added]

Addressing the primary cause of decay – too much sugar – was deemed unrealistic and impractical.

And it certainly can seem that way when you recognize how much sugar infuses our food supply or look at more obvious types of marketing, especially that targeting kids. Ads for sweet soft drinks, candy, breakfast cereals, and other sugar bombs can be found everywhere on TV, online, in video games, and more.

According to a 2017 study in Appetite, this marketing is directly related to increased consumption.

The study evaluated sugary cereal consumption for preschoolers in southern New Hampshire who saw commercials for these products on TV. (On TV, high sugar breakfast cereals, or SBCs, are the single most marketed product to kids.) Over 500 families participated. Both TV viewing and SBC consumption were documented.

For every 10 SBC ads seen in the previous week, consumption rose 14%.

Suffice it to say, it’s up to us to instill healthy eating habits in our kids, despite the sugar-loaded culture around us. That can start by being a good role model and cutting back our own sugar intake.

Here are a few ideas to get you started: