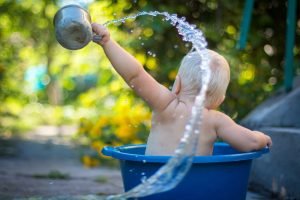 Over the past few months, a pair of Canadian studies on fluoride exposure and children’s IQ have made quite a splash here in the States, to say the least.

The first, published in JAMA Pediatrics this summer, involved 601 mother/child pairs from 6 major cities in Canada. Forty-one percent of the children lived in communities supplied with fluoridated city water. IQ testing was done when the kids were between ages 3 and 4.

Testing urine samples from 512 of the pairs, the research team found that a 1 mg/L increase of fluoride in the mother’s urine

As study author ChristineTill explained, “At a population level, that’s a big shift. That translates to millions of IQ levels lost.” 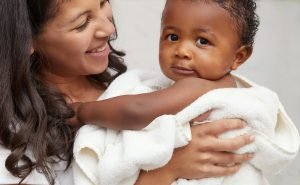 Till also served as lead author for the second study, which appeared in Environmental Epidemiology earlier this fall. Here, Till and colleagues looked at the association between water fluoride concentration and IQ among preschool children. Nearly 400 mother/child pairs were included, 38% of whom lived in fluoridated communities.

The results were similarly distressing: Among those infants who were fed formula, a 0.5 mg/L difference in fluoride concentration “corresponded to a drop of 4.4” IQ points.

In contrast, this relationship was not significant in the breastfed group….

Powdered formula, of course, is typically mixed with tap water. When that water is fluoridated, it “can lead to excessive intake of fluoride in infants.”

But they also found a significant association between the concentration of fluoride in community water and lower nonverbal IQ in both formula-fed and breastfed infants.

“Taken together,” wrote the authors,

these findings suggest that using optimally fluoridated water (0.7 mg/L) to reconstitute infant formula may diminish the development of intellectual abilities in young children, particularly for nonverbal abilities. The findings also suggest that both prenatal and postnatal fluoride exposure affect the development of nonverbal intelligence to a greater extent than verbal intelligence. 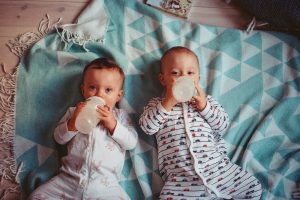 Here in the US, where about two-thirds of municipal water systems are fluoridated, the National Toxicology Program – run by the National Institutes of Health – recently performed a systematic review of studies on the potential neurodevelopmental or cognitive effects of fluoride exposure. Their findings jibe with the studies above.

NTP concludes that fluoride is presumed to be a cognitive neurodevelopmental hazard to humans [emphasis theirs]. This conclusion is based on a consistent pattern of findings in human studies across several different populations showing that higher fluoride exposure is associated with decreased IQ or other cognitive impairments in children.

Predictably, the ADA took issue with this report, stating “the available literature is insufficient to establish causation between fluoride exposure as experienced in the United States and neurocognitive development.”

Sure, more evidence would be welcome, if only to confirm that fluoride is indeed harmful to developing brains. Yet at least 71 studies have been done to date.

Of those, 63 found a relationship between elevated fluoride exposure and reduced IQ.