Last time, we got to share the great news that the world’s largest manufacturer of dental products is no longer selling mercury amalgam – an antique material that science has linked with neurological, psychological, autoimmune, and other disorders.

But before we move on, we want to share a recent pair of studies that further emphasize the importance of the kind of mercury-free, mercury-safe dentistry we’ve been providing at Pride Dental for many years.

Both analyze data from participants in the National Health and Nutrition Examination Survey, 2015 – 2016 to explore possible links between mercury exposure and two common inflammatory conditions: arthritis and asthma. 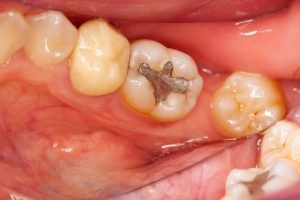 The arthritis study, published last May in Clinical Medicine Insights: Arthritis and Musculoskeletal Disorders, analyzed diagnoses of the condition among people with mercury-free mouths and those who had at least one amalgam surface. (A single amalgam filling can have anywhere from one to five surfaces.)

The authors found that those with mercury fillings were at greater risk for arthritis, with the greatest risk among adults with 4 to 7 total amalgam surfaces.

Similarly, the authors’ asthma study, published in SAGE Open Medicine this past October, found that the more mercury amalgam surfaces, the greater the risk of asthma.

In both cases, the authors’ also calculated just how much this costs our nation annually in things like additional medical expenses and lost wages from new diagnoses. In the case of arthritis, that total calculated loss was nearly $282 million; for asthma, nearly $48 million in associated costs.

That, as they say, is not chump change.

“Mercury is continually off-gassed from dental amalgam fillings,” Dr. David Kennedy said in a news release about the arthritis study.

With [this] new research joining the ranks of thousands of other studies, it is abundantly clear that mercury from amalgams poses a danger to everyone, including patients, dentists, and dental employees.

We wholeheartedly agree, which is why we’re not only a practice committed to mercury-free dentistry but also to being mercury-safe, taking special precautions whenever we’re tasked with removing amalgams to replace them with biocompatible alternatives. It’s just that important.

But here: Let Dr. Attar explain exactly how we go about doing that: