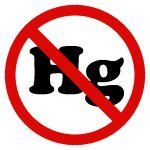 Ready for some good news?

At long last, the EPA has proposed its rule to limit mercury discharges from dental offices. The agency estimates that it will prevent 8.8 tons of metal – half of which is mercury – from from polluting our water supply.

This is a very big deal, for there are about 160,000 dentists in the US who either use or remove amalgam, “almost all of whom discharge their wastewater exclusively to [Publicly Owned Treatment Works].”

Studies show about half the mercury that enters Publicly Owned Treatment Works (POTWs) comes from dental offices. Mercury from amalgam can then make its way into the environment in a number of ways, including through discharge to water bodies. Contact with some microorganisms can help create methylmercury, a highly toxic form of mercury that builds up in fish, shellfish and fish-eating animals.

That would include us. It’s one way those of us who never get a so-called “silver” filling are affected by dental mercury, as well. By reducing mercury discharges, we all win.

So how does the EPA propose we put an end to this pollution? Dentists would be required to use amalgam separators, a technology that catches and traps the mercury before it goes down the drain. (Of course, if it’s still being put in your teeth…) Twelve states already mandate them. We’ve used them in our office for years.

“This is a common sense rule that calls for capturing mercury at a relatively low cost before it is dispersed into the POTW,” said Kenneth J. Kopocis, deputy assistant administrator for EPA’s Office of Water. “The rule would strengthen human health protection by requiring removals based on the use of a technology and practices that approximately 40 percent of dentists across the country already employ thanks to the ADA and our state and local partners.”

Even so, we still have a lot of work to do to create a mercury-free future. Even with the new rule, mercury amalgams will still exist. Untold numbers are already in the mouths of patients. Some dentists continue to place them. Some patients still agree to them.

More, as Charlie Brown of Consumers for Dental Choice notes,

TAKE ACTION! If you haven’t already done so, sign the Consumer for Dental Choice’s petition that calls on Secretary of State John Kerry to help bring the FDA in line with State Department policy now that the US has signed the global mercury treaty known as the Minamata Convention. Please take a moment to sign and share it through social media or email. The petition is available here.