Mouthwashes Can Kill the Good Bacteria Along with the Bad, & That’s a Problem 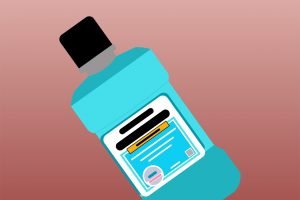 Mouthwash isn’t an essential part of oral hygiene, but a lot of folks still like to use it – and we can get behind it, so long as the rinse is chosen with care. Some contain fluoride. Some over-the-counter rinses may raise the risk of conditions like cancer and diabetes, research suggests. Chlorhexidine, an especially powerful rinse, has been linked to high blood pressure.

One common denominator? Many of these mouthwashes can kill helpful bacteria along with the harmful.

And that brings us to some new research suggesting that chlorhexidine, at least, may negate one of the beneficial effects of exercise: lowering blood pressure.

For this small but intriguing study, 23 healthy adults – 15 men and 8 women – ran with moderate intensity on a treadmill. Then they rinsed their mouths with either an antibacterial mouthwash or a placebo. Their blood pressure was measured before exercise, and then at one and two hours afterwards.

Researchers also took blood and saliva samples so they could analyze nitrate and nitrite concentrations and the oral microbiome. Why does this matter? As senior author Raul Bescos describes it,

Some species of bacteria in the mouth can use nitrate and convert into nitrite—a very important molecule that can enhance the production of nitric oxide in the body. And when nitrite in saliva is swallowed, part of this molecule is rapidly absorbed into the circulation and reduced back to nitric oxide. This helps to maintain a widening of blood vessels which leads to a sustained lowering of blood pressure after exercise. 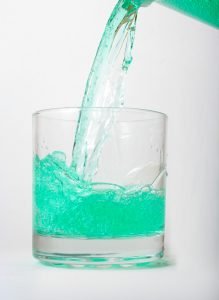 Fewer of those helpful bacteria can thus mean lower nitric oxide levels – and may explain why those who used the antibacterial rinse didn’t get as much of a bp-lowering effect from the exercise. At one hour, the reduction was roughly 60% less than for those who rinsed with placebo.

And at two hours? No change at all, which was “associated with a lack of change in circulatory nitrite and impaired microvascular response.”

show that nitrite synthesis by oral bacteria is hugely important in kick-starting how our bodies react to exercise over the first period of recovery, promoting lower blood pressure and greater muscle oxygenation. In effect, it’s like oral bacteria are the ‘key’ to opening up the blood vessels. If they are removed, nitrite can’t be produced and the vessels remain in their current state.

As said, mouthwash isn’t a necessity, but should you choose to use it, such research offers all the more reason to opt for healthier, more natural options. And they are out there.