How about some good news? According to a new report in the Journal of the National Cancer Institute, between 2014 and 2018, overall deaths due to cancer dropped for men and women alike.

On the downside, however, some cancers were on the rise, including cancers of the mouth and throat. While the death rate for these remained stable for women, it rose 0.6% per year for men. This is especially unfortunate in that oral cancers tend to be readily treatable when caught early. 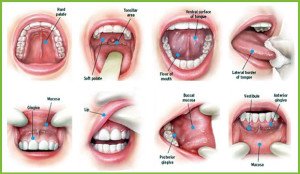 And this is yet another reason why regular dental visits are so important: It’s a perfect opportunity for oral cancer screening – something that’s part of every comprehensive exam we do here at Pride Dental.

But it’s not just deaths that are up. The report shows that rates of mouth and throat cancers are on the rise, too – 0.9% a year for men and 0.5% a year for women. Naturally, this raises the question of why we’re seeing this trend at all.

“As shown in previous studies, the increasing incidence trends are limited to cancers in subsites with a strong association with human papillomavirus infection (such as tonsil and oropharynx), likely due to changes in sexual practices, whereas rates are declining in other subsites, largely due to decline in smoking prevalence,” wrote the authors, led by Dr. Farhad Islami, PhD, from the American Cancer Society.

In other words, it’s more oral sex. In the first survey ever done on the topic, back in 1993, just 10% of men and 18% of women reported engaging in it. Much more recently, it’s been found that

Most men (85.4%) and women (83.2%) had ever performed oral sex, but men had more lifetime oral and vaginal sexual partners and higher oral HPV16 prevalence than women…

with the activity being more common among younger adults, “although oral HPV16 prevalence was similar.”

Meantime, research out of Johns Hopkins published earlier this year identified a number of factors that seem to affect the development of HPV-related cancers:

Although the researchers confirmed that a higher number of lifetime oral sex partners increased the risk of HPV-related oropharyngeal cancer, they also found higher risk was linked to an earlier age of having oral sex (under 18), higher oral sex “intensity” (more sex partners over a shorter time) and having oral sex before other kinds of sex.

As we noted before, these types of cancers – compared to those driven by excess alcohol or tobacco use – seldom have obvious symptoms early on in the disease process, and according to the Oral Cancer Foundation, there are still no tests that can detect HPV-positive oral and oropharyngeal cancers early. 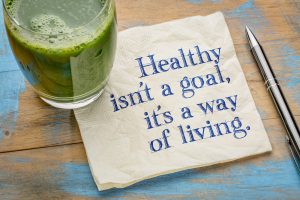 As ever, prevention remains the best insurance against developing mouth or throat cancer, regardless of cause. This means more than just practicing safer sex, avoiding tobacco, and going easy on alcoholic drinks. It also means being diligent about brushing and flossing – yes, recent research has shown that certain oral pathogens seem to make oral cancers worse – and having regular dental exams that include oral cancer screening.

And it means keeping a healthy lifestyle overall – one that includes a whole foods-based, nutrient rich diet, exercise, quality sleep, stress management, and addressing any toxic burdens on the body.

The best defense, as they say, is a good offense.