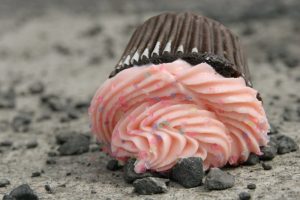 Ever notice that when you cave in to sugar cravings, you don’t end up feeling any better – and may, in fact, actually feel worse?

That feeling worse may not just be a short term effect. According to new research in Scientific Reports, depressive symptoms can be directly linked to the intake of sugary foods and drinks.

Food frequency questionnaires were reviewed from over 23,000 British subjects dating back to 1985 and compared with mood responses on validated questionnaires. Men who ate the most sugar were found to have a 23% higher chance of common mental disorder (CMD) after five years – a condition marked by insomnia, fatigue, irritability, forgetfulness, difficulty concentrating, and somatic (physical) complaints.

Both men and women who ate the most sugar were found more likely to experience recurrent depression, as well.

The researchers also tried to find a reverse causation between mood disorder and sugar intake – in other words, whether mood also caused more sugar consumption. The answer to that was “no.”

With a high prevalence of mood disorders, and sugar intake commonly two to three times the level recommended, our findings indicate that policies promoting the reduction of sugar intake could additionally support primary and secondary prevention of depression.

No, the study isn’t perfect. All data was self-reported and thus prone to bias. Sugar from alcohol wasn’t counted. But its results do jibe with the new understanding of the role chronic inflammation appears to play in depression.

Sugar is one of the main fuels for inflammation. Eating less of it is the first step in any anti-inflammatory diet: You quit adding fuel to the fire.

Here are 7 simple tips for cutting back on added sugars (and keep in mind, when we’re talking sugar, we’re talking about all kinds, including honey, agave nectar, and other “natural” alternatives):