More Progress in the Fight for Mercury-Free Dentistry 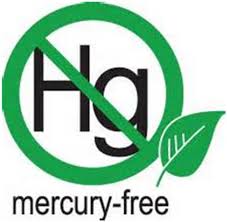 This week marks the 10th annual Mercury-Free Dentistry Week, a joint campaign by Dr. Mercola and Consumers for Dental Choice to raise awareness about the need to completely phase out dental amalgam around the world and the promise of a mercury-free future.

And indeed, a lot of progress has been made over these past 10 years.

Notably, the 27-nation European Union in 2018 banned dental amalgam in children under 15 and in pregnant or breastfeeding women.

Ten governments have gone further and implemented either immediate bans or a precise phase-out date. In the past year, the Philippines, Ireland, Nepal, Slovakia, Finland, New Caledonia, Moldova and the Czech Republic have all joined Norway and Sweden in the winner’s circle.

It gets better: At the third Conference of the Parties of the Minamata Convention in Geneva in November 2019, all Parties to the treaty (well over 100 countries, including the U.S. and Canada) were instructed to redouble efforts and accelerate the phase-down of amalgam.

This is all great news! Yet although the US lags behind these nations, the tide does seem to be turning. As Charlie Brown, lead counsel for Consumers for Dental Choice, has put it,

The push-back on the United States is huge. The U.S. Food and Drug Administration knows it’s way behind and that’s why, under our unrelenting pressure, they reopened the FDA rule [on dental amalgam]. We certainly see a different approach from the FDA now than the silence, which has been deafening, for so many years.

Still, many folks still don’t realize that mercury amalgam fillings are a problem – or even that the “silver” fillings in their own mouths are actually about 50% mercury. This is precisely why we need events like Mercury-Free Dentistry Week. As long as there are dentists who place mercury fillings, it’s up to the consumer to become informed so they can make good decisions about their dental care.

One excellent way to introduce people to the issue is to show them the excellent documentary film Evidence of Harm. So we include it here to make it easy for you to share with friends and family who may still be unaware:

Learn about other ways you can get involved in the fight for a mercury-free future.