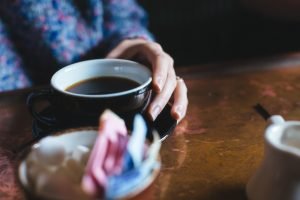 We’re pretty sure you’re not thinking of type 2 diabetes or problems like stroke, coronary heart disease or dementia when you’re reaching for a zero cal energy drink or that brightly-colored paper packet to open into your morning coffee – all conditions that research has linked with regular consumption of the stuff, along with changing the balance of bacteria in the gut.

But what if you knew those zero calorie sweeteners could have the same “gut altering” effect on your unborn baby?

A new study in Frontiers in Microbiology examined just that, with researchers giving pregnant and lactating mice sucralose (Splenda) and Ace-K (Sunnett/Sweet One) “at doses relevant for human consumption.” The metabolic changes they observed were “drastic,” including changes that

indicated impaired liver functioning in clearing toxins from the blood, and a dramatic shift in bacterial metabolites in the gut. In both sweetener groups, for example, the researchers observed the loss of a major beneficial species of gut bacteria, Akkermansia muciniphila. Similar microbiome alterations in humans have been linked to type 2 diabetes and obesity.

The current recommendation for pregnant women is to avoid saccharin completely and use other artificial sweeteners in moderation, but this study may make many women want to avoid these products entirely. But is that really possible? After all, they’re found in so many products, not just food and drink. They turn up in toothpastes and rinses and medicines, too; in gummy and chewable vitamins.

This can make it tough to track how much you’re actually ingesting.

The good news for all of us is we can start by cutting out products that contain the stuff – opting for brands made without artificial sweeteners and avoiding altogether those we don’t really need to begin with.

When you do opt for zero-calorie sweetness, think stevia instead, which is a plant-derived sugar substitute. Do be sure you get the real deal, though. (Our previous post on stevia includes info and resources on choosing stevia wisely.)

The next part is simple, too: Go back to the basics of good nutrition. There’s so much sweetness in nature already, we often don’t need to add anything at all, just pick it from the vine, plant, or tree.

Even better news, at least for us in Texas? It’s still peach season. . . 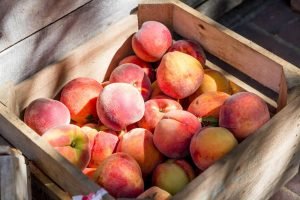