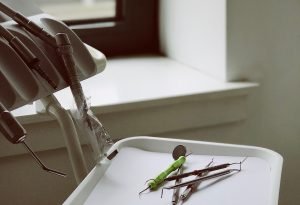 One of the great things about dental ozone – beyond its power to fight infection – is its versatility. It can be incorporated into any number of treatments, from simple fillings to complex oral surgery. Over the years, research has shown the ability of ozone to inhibit fungal growth, lessen pain intensity, and promote healing.

DUWLs are the tubes that deliver water to the air/water syringes used to irrigate and rinse your mouth, the ultrasonic scalers used for deep cleanings, and other handpieces. If these lines aren’t regularly flushed and cleaned, harmful bacteria and other pathogens can build up inside them.

Suffice it to say, this can cause real problems, particularly for immunocompromised patients. Because of this, excellent infection control is a must. 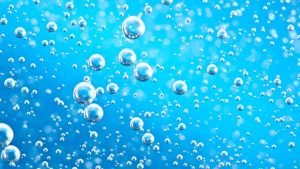 The usual practice for cleaning DUWLs consists mainly of regularly flushing the lines and using valves to prevent backflow. These work well on reducing microbes overall, but less so with biofilms. (Biofilms are organized communities of bacteria which prove the truth that there’s strength in numbers. Biofilms are sticky and tougher to remove. The plaque that forms on your teeth is a biofilm.)

Recently, researchers at Okayama University in Tokyo investigated the potential for ozone to battle these biofilms, particularly as an alternative to chemical options.

To remove the biofilms adhered on the inner surface of DUWL, a chemical cleaning method, called periodic shock treatment, is performed. However, this method seems to be not widely accepted because the chemicals involved have some risk of affecting the various components of the DUWL. The chemicals used would be also toxic to human cells.

So the researchers tested ozone along with several control solutions on biofilms in both old DUWL tubes and a Candida solution as a control.

According to the results, ozonized water at a maximum concentration of 0.4 mg/L had bactericidal effects on the microorganisms involved in DUWL contamination. Biofilms already formed in DUWL-T remained on the surface of the tube, but the morphological characteristics of biofilms and bacteria changed, suggesting damage to the biofilms. Furthermore, no morphological changes in the DUWL components were observed.

That’s pretty promising, indeed. And exciting. But for a biological dentist, it’s not really all that surprising. Still, the more evidence for ozone’s effectiveness – not to mention its safety and sustainability – the better.