If a recent study in Science is correct, many people don’t like to be alone with their thoughts – and some are pretty extreme about it. As US News & World Report/Health Day reported,

Some of the participants – 67 percent of males and 25 percent of females – disliked being alone with just their thoughts so much that they gave themselves mild electric shocks as a distraction during a 15-minute session of quiet thinking. Previously, these same people had been given a sample shock, and had said they would pay to avoid being shocked again. 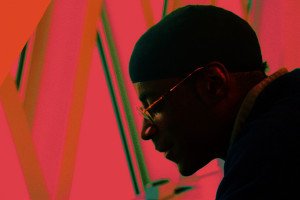 Perhaps that’s why mindfulness practices are initially so difficult for some people: Mindfulness requires you to be more present to your thoughts and emotions, as well as what’s going on around you at any given moment. Fortunately, the more you do it, the easier it gets.

We say “fortunately” because research continues to show that mindfulness not only benefits us mentally and emotionally, but physically, too. In fact, it can even play a major role in healing the body.

That’s the subject of this excellent Google Tech Talk by renowned mindfulness expert Jon Kabat-Zinn, Professor of Medicine Emeritus and founder of the Stress Reduction Clinic and the Center for Mindfulness in Medicine, Health Care, and Society at the University of Massachusetts Medical School. It runs a little over an hour, but it’s an hour well-spent – not only for those dealing with chronic illness but all of us who want our lives to be as healthful and balanced as they can be.