Metal Dental Implants Can Cause Problems 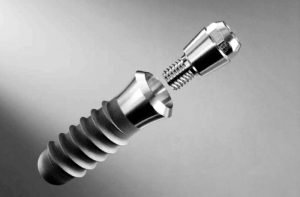 Though we use only biocompatible ceramic dental implants here in our office, most implants placed today continue to be titanium. But those metal implants can be a real breeding ground for harmful bacteria, as the video we shared with you last week showed. This may be one reason why dentists are seeing a rise in a condition known as peri-implantitis.

Like the gum disease that can lead to tooth loss, this persistent infection is an inflammatory condition which leads to a loss of supporting bone and often failure of the implant itself.

Ten years ago, professionals said the condition didn’t exist. But now it is on the rise, as increasing numbers of people have replacement porcelain crowns with titanium roots. Half-a-million adults have at least one dental implant, according to the latest Adult Dental Health Survey.

Studies have suggested that one third of patients will be infected. “We’re sitting on a time bomb,” says Dr Stephen Jacobs, a past president of the Association of Dental Implantology and well-respected implant surgeon. “We are going to be seeing more and more cases.”

And titanium may make the problem worse. As Dr. Alvin Danenberg noted recently in a column for Dr. Bicuspid,

A 2016 study from the Journal of Periodontology (November 18, 2016) reported that bacteria around dental implants could trigger inflammation. In addition, these bacteria also caused corrosion on the titanium implant surfaces. Corrosion dissolved the titanium surface and released titanium particles into the surrounding periodontal tissues. These particles aggravated the inflammatory response. These researchers also noted that fluoride ions from mouthwash, toothpaste, drinking water, and food could potentially cause corrosion on titanium implant surfaces. 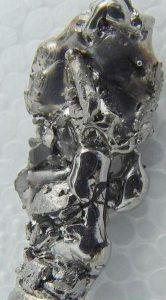 You can also wind up with metals in the general circulation. Earlier reports on other types of metal medical implants have suggested the kind of damage this can do. Dental research suggests that titanium “can induce toxicity” or allergic responses, particularly in patients who are already sensitive to other metals.

These reactions to titanium could be responsible for unexplained successive failure cases of dental implants in some patients….

Additionally, titanium implants are seldom if ever 100% titanium. One German study, for instance, found that nearly all samples tested contained some nickel, another toxic metal. Some implants may include a thin layer of aluminum over the titanium, ostensibly to help bone attach to the implant better. Aluminum is also toxic in the human body.

And it’s not just bacteria that can fuel metal implant corrosion. New research out of Israel shows that ultrasonic scaling – a common treatment for peri-implantitis – also releases titanium particles from the implants.This, in turn, “exponentially increase[s]” inflammation, and that, in turn, aggravates bone loss.

In short, a bad problem can be made worse by the attempt to address it.

And if you have metal implants now? Should you be worried? If you’re concerned, it would be a good idea to see a qualified biological dentist, who can clinically examine your implants and surrounding issue, as well as test for any physical or energetic burden they may be placing on your body. If there’s evidence of that, then replacement and supportive treatment may be an option that makes sense.

The first step, though, is always to evaluate. When dental conditions may be affecting your overall health and well-being, the last thing you want to do is rush to treatment and risk making things any worse.