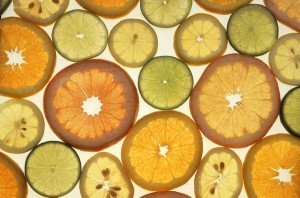 When it comes to vitamins, we probably know more about vitamin C – and its antioxidant properties – than any other vitamin. To a large degree, we have Nobel laureate Linus Pauling to thank for that. A physical chemist and peace activist, Pauling was an early researcher and promoter of the healing powers of vitamin C.

Pauling questioned the recommended daily allowance (RDA) for vitamin C, which was set at a level just enough to prevent scurvy. This, he argued, was not enough – not if you wanted to live “in the best of health.” Pauling was ridiculed by the medical orthodoxy for his recommendation of mega doses of vitamin C for optimal health.

Today, the work Linus Pauling started is being carried out at the Linus Pauling Institute at Oregon State University. Their mission: to “promote optimal health through cutting-edge nutrition research and trusted public outreach.”

While the foundation of Pauling’s work has expanded exponentially, the research on vitamin C proves Pauling was far ahead of his time.

What We Know About Vitamin C

Vitamin C, ascorbic acid, is a water soluble vitamin. Most mammals and other animals can make their own. Humans can’t. We have to get vitamin C from the food we eat.

Among the roles it plays in our health:

After much scientific research, in 2000, the RDA for vitamin C was increased, proving Pauling was well ahead of his peers. But it’s important to note that the recommendation continues to be based on the prevention of deficiency, not on the prevention of chronic disease and the promotion of health as Pauling had hoped.

Since Pauling’s initial work, science has illuminated many more ways in which C supports optimal health. Perhaps most important is its role in immunity. Vitamin C stimulates white blood cells – particularly neutrophils, a type of white blood cell that attaches foreign bacteria and viruses. C also increases the serum level of antibodies and may protect the integrity of immune cells.

Can it help with specific diseases? That has yet to be answered thoroughly. But decades’ worth of notable studies continue to suggest C’s importance.

Research has shown significant reductions in cardiovascular heart disease (CHD) among vitamin C users in well-nourished populations. Studies have also shown a lower risk of stroke. One, for instance, found a 29% lower risk among participants with higher vitamin C levels. Another found a 54% reduction among those who ate C-rich vegetables 6 to 7 times weekly compared to those who ate them twice a week or less.

Eating more C-rich vegetables and fruit has been associated with a lower risk for many types of cancer. For instance, one 2014 study found that every extra 100 mg of C each day lowered lung cancer risk by 7%. A study of postmenopausal women with a family history of breast cancer showed that those who ate at least 5 daily servings of fruits and vegetables had a “modestly lower risk of breast cancer” than those who consumed 2 servings a day or less. Newer studies, however, have been inconclusive.

Research published earlier this month found that higher blood levels of vitamin C (300+ mg per day, for several years) were associated with a lower risk of cataracts.

Higher C intake has been associated with lower serum levels of uric acid. Other research has suggested that supplemental vitamin C may help prevent gout – at least in men.

Vitamin C plays a significant role in oral health, helping maintain the integrity of bone, connective tissue, and teeth. It speeds recovery from dental procedures, supports dental healing, and maintains dental health. It stimulates the immune system and reduces the potential for post-surgical infection. It enhances healing after extractions by strengthening blood clots, constructing scar tissue, and laying down collagen.

Your best source of vitamin C – like most all nutrients – is real, whole food. That way, you take advantage of all the interrelated factors a whole food can provide.

Good sources of vitamin C include

C can also be taken in supplement form, as well – as a tablet, powder, or liquid. The key is proper absorption. If C isn’t properly absorbed, it can’t get to the cells to do its magic.

Liposomal vitamin C is the newest supplement form. It uses liposomal encapsulation technology, which offers liquid delivery for greater absorption in the small intestine. This improves the bioavailability because it minimizes exposure to stomach acids.

If you’ve seen the many links on the internet to make your own liposomal vitamin C, don’t bother. Commercially prepared products using liposomal technology are the way to go. (In our next post, we’ll go into more depth on liposomal delivery.)

As for how much C, it all depends – on things like your medical history, medications, stress level, smoking, and other lifestyle habits. We recommend you schedule a consult with a knowledgeable naturopath or other qualified holistic professional for an individualized assessment.