Is It Really a Toothache? Is It Something More?

In 2013, Sunil Mangal began experiencing terrible pain in his jaw. Excruciating pain. Pain that kept him from eating. Pain that made him think of ending his life. Wanting to help, his dentist extracted one tooth, then another, then another…11 extractions in all, according to the Hindustan Times. 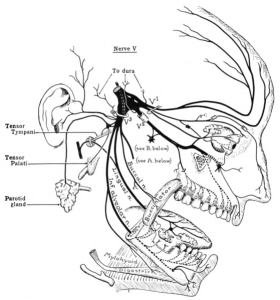 Relief came only after Mangal was finally diagnosed correctly with trigeminal neuralgia (TN) and treated for this neuropathic condition that’s been described as triggering “the worst pain known to mankind.” The condition involves dysfunction in the trigeminal nerve – the largest nerve in the head, responsible for facial sensation and functions like biting and chewing.

Think of how different these past couple years of Mangal’s life would have been if he’d been correctly diagnosed at the start. Others – such as the physician profiled in this piece from the BBC – have suffered even longer.

Yet truth be told, TN is notoriously easy to misdiagnose – often as tooth pain or migraines. The initial pain is typically sudden, severe and shock-like or stabbing. The lingering pain is a deep, dull ache. Even light stimulation can trigger an episode, which usually occurs on just one side of the face. The frequency of attacks can vary a lot – from a few times a month to several times a day.

It’s hardly surprising that TN can make a person feel mentally bad, as well. According to a recent study published the Journal of Headache Pain, TN and psychological disorders often occur together. Comparing data from more than 3000 TN patients with 13,000 non-TN individuals, the authors found that depression, anxiety and sleep disorders were far more common among the TN group.

In fact, they suggested, TN might increase the risk of developing one of these conditions. This may be due to a decrease in neurotransmitters, which regulate how messages are conveyed throughout the body. Chronic inflammation may play a role, as well.

Overall, though, the specific cause of TN remains unclear. There’s no consensus on its origin. MS, some brain tumors and even aneurysms may cause similar pain. Many think it’s caused by pressure from blood vessels near the nerve root; others, by the nerve losing its protective myelin sheath, which causes the nerve to painfully misfire. We’ve seen patients whose TN started after a root canal, extraction or even routine tooth cleaning. It can flare after periods of extreme stress or physical trauma.

Fortunately, pharmaceutical drugs and surgery are not the only options for relief. We strive to help our patients with nontoxic therapies. We may use herbs, nutritional supplements and homeopathics. We may use oral appliances to take pressure off the jaw joints, help the jaw line up in a neutral position or reposition the tongue to sit more forward in the mouth. We may use Neural Prototherapy, in which a series of subcutaneous injections is given to help with inflammation and restore the nerve to normal function over time.

One noninvasive approach we’ve had great success uses Dr. Yoshiaki Omura’s Bi-Digital O-Ring Test to identify pathological organisms in and around the nerve, which can then be treated to alleviate pain.

If you’re experiencing face, jaw, head or neck pain, talk with your dentist – or find a dentist well-versed and skilled in the diagnosis and treatment of this type of pain. Whether it turns out to be TN or something else, there are safe and effective solutions waiting for you.