Is Erythritol Really All That? 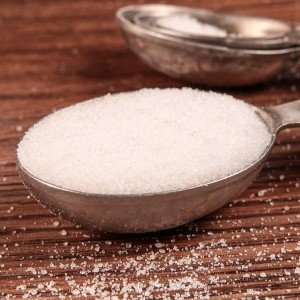 You hear a lot about xylitol and how it may help keep your teeth healthy, but lately, another sugar alcohol has been put forth as dentistry’s “new best friend”: erythritol.

It has nearly zero calories (0.2 calories per gram); does not raise plasma glucose, or insulin levels; is non-cariogenic; and is easy to digest. More than 90% of erythritol is absorbed in the small intestine, so minimal amounts reach the colon where some sugar alcohols can cause bloating, gas, or diarrhea. Erythritol is heat stable, so it can be used in food preparation.

And that’s not all. According to research published in Molecular Oral Microbiology, it seems to prevent the build-up of oral biofilm – the bacterial colonies that cause decay, more popularly known as plaque.

Another study looked at the effects of both xylitol and erythritol on caries prevention in children. For three years, nearly 500 children ate four xylitol, erythritol or sorbitol candies three times a day. Erythritol clearly outperformed the other two sweeteners in this double-blind, randomized study. Not only did the children consuming erythritol have significantly less decay, but the decay that did develop took considerably longer to form.

This confirmed the findings of a similar 2013 study in the Journal of Dentistry:

Three-year consumption of erythritol-containing candies by initially 7- to 8-year old children was associated with reduced plaque growth, lower levels of plaque acetic acid and propionic acid, and reduced oral counts of mutans streptococci compared with the consumption of xylitol or sorbitol candies.

However, a 2012 study found no effect on caries prevention, leading the authors to conclude that the lozenges would have no additional benefit “when compared with comprehensive prevention.”

Although erythritol does occur naturally in some plants and fermented foods, much more is added to food products. Industry produces 16,000 to 18,000 tons each year for use in chewing gum, pudding, condiments, cookies, and – especially – sodas (59% of all erythritol manufactured). It is also blended with stevia leaf extract and flavorings to make the consumer sugar substitute Truvia.

And, of course, when you consume such hyper-processed products, you’re usually getting a whole lot more than just erythritol. It’s unreal food, and beyond brushing and flossing, eating real food is the number one thing you can do to maintain a naturally healthy smile.

For 8 more things you can do, read on…