Need more motivation to keep healthy gums a priority? Look no further than new research which suggests that people with periodontitis have a greater risk of hypertension – even if they’re otherwise healthy. 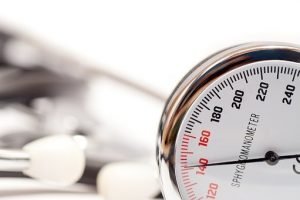 Hypertension – that is, high blood pressure – not only raises your risk of heart disease, stroke, and renal failure. Some evidence suggests that it can raise the risk of diseases not at all related to the heart, including dementia, cancer, and osteoporosis.

The study, published just last month in Hypertension, analyzed data from 500 healthy adults, 250 with severe periodontitis and 250 without. Participants were matched by gender, age, and BMI.

The researchers found that those with periodontitis were twice as likely to have high systolic blood pressure (the upper number) and had 50% greater odds of having high diastolic pressure (the lower number). This increased risk was still the case even after they adjusted for common cardiovascular risk factors.

Perio patients also had higher white blood cell counts and higher levels of high-sensitivity C-reactive protein. Both of these indicate more inflammation – as you would expect, considering that gum disease is marked by chronic inflammation. (This is also one of the common denominators it has with all the other systemic health problems gum disease has been linked to.)

In general, the higher one’s blood pressure, the more severe the gum disease.

“This would mean that the link between gum disease and elevated blood pressure occurs well before a patient develops high blood pressure,” D’Aiuto stated in a press release.

The good news? Earlier research suggests that periodontal treatment alone could be enough to lower blood pressure. One blinded, randomized clinical trial of just over 100 patients with prehypertension and moderate to severe gum disease found that

Such findings are confirmed by a systematic review of 8 similar randomized controlled trials just published in Pharmacological Research. Overall, the evidence showed significant drops in both systolic and diastolic blood pressure after intensive periodontal therapy, along with lower levels of CRP and better endothelial function. The authors thus concluded that such therapy indeed

leads to improvement of the cardiovascular health in hypertensive and prehypertensive individuals.

Yes, your dentist truly has a role to play when it comes to the health of your heart – and your entire body, as well. Oral and systemic health simply can’t be separated.