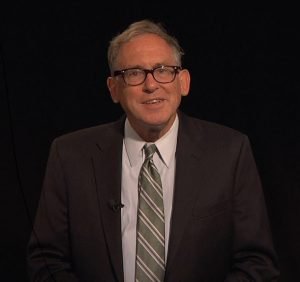 By Charles G. Brown,
Executive Director of Consumers for Dental Choice and president of the World Alliance for Mercury-Free Dentistry

The continued use of dental amalgam, a primitive pre-Civil War device that is 50% neurotoxic mercury, is in increasing disrepute, as health and environmental regulators push for its end in children, and in some cases for everyone.

By European Union law, all of its 28 member nations effectively ended the use of amalgam in children under 15, pregnant women, and breastfeeding women on July 1, 2018.[i] Governments across Asia and Africa – Vietnam, Pakistan, Mauritius, Nigeria – are following suit. Some European nations are going further – having ended amalgam use already (Sweden, Norway) or announcing an end date for amalgam use (Slovakia, Ireland, Finland).

The U.S. Food and Drug Administration, by contrast, does nothing even to protect children – this despite its own 2009 rule [ii] that concedes the need for action:

FDA’s lack of concern about amalgam use in children is at odds with growing concerns from American patients and parents. FDA invited the public to comment about patient preferences regarding medical devices. In the public docket that closed on July 2, approximately 94% of those comments addressed FDA’s failed amalgam policy – overwhelming the 6% covering all other devices combined.[vi]

Another sign of the growing public support for stopping amalgam use in children is the Chicago Declaration to End Dental Mercury Use, signed onto by more than 50 nonprofit groups, including such heavyweights as Sierra Club, Greenpeace, Health Care Without Harm, Organic Consumers Association, and Learning Disabilities Association of America. The Chicago Declaration calls for the immediate end to “the placement of dental amalgam in children, pregnant women, and breastfeeding mothers.” [vii]

Of equal concern is the growing inequity caused by continuing amalgam use in low-income children and children of color, as illustrated by a commentary in the prestigious Journal of the National Medical Association entitled “Is Dental Amalgam Toxic to Children of Color?” [viii] A team of two physicians, one a leading expert on environmental justice the other a former NMA president; a dentist who is a bioethics professor at Tuskegee Institute, and a research scientist from Harvard who conducted the New England Children’s Amalgam Trial called for action aimed at “eliminating mercury exposure wherever possible for everyone, especially the most vulnerable.” [ix]

FDA’s unwillingness to protect American children is particularly disconcerting because a 2014 Zogby poll reveals that dentists are three times less likely to tell African-Americans than white Americans that amalgam is made mainly of mercury, and three times less likely to tell people of any race making under $50,000 a year compared to people making over $50,000/year.

A groundswell from the American public calls on FDA to end its failed amalgam policy – and end dental amalgam use for children, pregnant women, and breastfeeding women.

[iv] “No clinical studies have evaluated the effects of mercury vapor exposure from dental amalgam in children under six years of age.” Ibid. at p. 38692

[v] “The developing neurological systems in fetuses and young children may be more sensitive to the neurotoxic effects of mercury vapor. Very limited to no clinical information is available regarding long-term health outcomes in pregnant women and their developing fetuses, and children under the age of six, including infants who are breastfed.” Ibid. at p. 38694; repeated at p. 38707.

This article was originally posted at Medical Device News Magazine
and is reposted here with permission.