Getting the Message on Mercury to the FDA 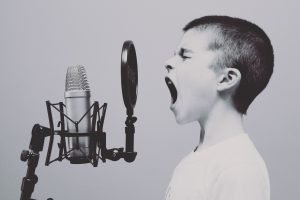 This past summer, the FDA put out a call for consumer input on medical devices, including dental amalgam. Hundreds of comments poured in, and 94% percent of them had to do with the adverse health effects of “silver” mercury amalgam fillings.

Some stories came from chronically ill patients who’d endlessly searched for answers to their ailments, not realizing they were suffering from mercury poisoning. Others came from military vets, people with Medicare coverage, or those whose dental care had been provided by the Indian Health Service, upset they had no choice but amalgam.

Many comments voiced frustration about the lack of informed consent – how patients had no idea that the fillings in their mouths were nearly 50% mercury, one of the most toxic elements on Earth.

Fast-forward to this fall, when an FDA advisory committee met to hear expert and public input on metal-containing implants, including dental amalgam. Again, lack of informed consent was an issue.

The fact that all contents of devices aren’t spelled out in their labels was mentioned as problematic in expert and public testimony during the panel’s meeting. Without knowing the precise components in a given implant or device, one cannot troubleshoot the source of an adverse event, presenters said.

In their recommendations to the FDA, the committee noted this lack of informed consent, urging that

the [FDA] provide information to patients about the risks of dental amalgam, especially for vulnerable populations. 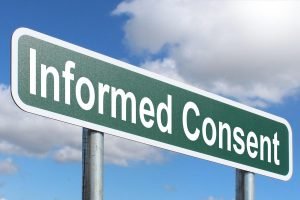 So will we finally see some action by the FDA?

Unlike the European Union, which by law ended the use of amalgam in children under 15, pregnant women, and breastfeeding women toward an ultimate phase-out of the material, the US has failed to act. No ban. No no phase out. No requirement that patients be informed of potential risks.

Kristie Trousdale, Deputy Director of the Children’s Environmental Health Network, addressed this inaction in her testimony before the FDA advisory committee. “FDA’s silence on dental amalgam is deafening,” she said, “and it must end.”

Another expert who spoke before the committee, Charles G. Brown, National Counsel for Consumers for Dental Choice and President of the World Alliance for Mercury-Free Dentistry, also took the advisory committee recommendations with a measure of caution.

The FDA has a history of not acting on advisory committee recommendations, unless we keep them on the agency’s plate.

So how best to keep the dangers of amalgam front and center for the FDA? Just keep talking about it.

In conjunction with the advisory committee meeting, the FDA established a new docket for public comments on medical devices and mercury amalgam. If you have your own story, please share with the FDA how mercury amalgam has affected your health and well-being.

The more stories the FDA has, the harder it will be to ignore the truth about mercury amalgam fillings and their risk to patients, healthcare workers, and the environment. They are accepting electronic or written comments until December 16, 2019.