Get a Better Night’s Sleep & Your Gums Will Thank You 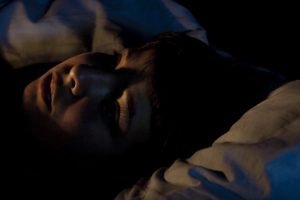 Earlier this week, a new study dropped, highlighting the link between lack of sleep and high blood pressure – a link that may help explain why sleep problems seem to raise the risk of heart attack, stroke, and even early death.

“Blood pressure is one of the best predictors of cardiovascular health,” said lead study author Caroline Doyle, a graduate student in the UA Department of Psychology. “There is a lot of literature out there that shows sleep has some kind of impact on mortality and on cardiovascular disease, which is the No. 1 killer of people in the country. We wanted to see if we could try to get a piece of that story — how sleep might be impacting disease through blood pressure.”

Interestingly, both of these conditions are also related to gum disease. But while the heart/perio health connection has received a good amount of attention, the sleep/gum disease connection can be a little surprising to some folks – this, despite the fact that some research has found poor sleep second only to smoking as a risk factor for periodontal problems.

One of the more recent studies of this relationship was published earlier this year in the Dental Research Journal. Two hundred adults participated. All received comprehensive periodontal exams and had their sleep assessed through a tool called the Pittsburgh Sleep Quality Index.

When the research team crunched the numbers, they found that while just over 43% in the group with healthy gums experienced poor quality sleep, that number jumped to nearly 57% of those with periodontitis (advanced gum disease).

A smaller but similar study had similar results. In this case, 60 participants were split into three groups: those with periodontitis, those with gingivitis (early stage gum disease), and those with healthy mouths. Perio exams were done and the Pittsburgh Sleep Quality Index was administered.

The mean PSQI score was highest among those with the most advanced gum disease – meaning their sleep quality was worse.

The present study with preliminary results suggestive of the association of sleep deprivation with severity of periodontal disease, definitely calls on for future studies with larger samples.

Animal studies have likewise suggested a real relationship between sleep debt and gum health, such as this 2014 study of rats. Some of the rats were sleep deprived while others were infected with periodontal pathogens and some experienced both conditions. One other group of rats was used as a control.

Fatigue worsened systemic health in rats and increased gingival inflammation and alveolar bone loss in experimental periodontitis. In conclusion, our results suggest that fatigue is a modifying factor for periodontal disease in rats.

A 2017 study looked at the impact of sleep duration on periodontal health among 5812 adults. Those who slept less than 5 hours a day were found to be much more likely to have developed periodontal disease than those sleeping more.

The association has shown to be highlighted in middle‐aged people, females, non‐smokers, lower educated, with lower lead and higher cadmium blood levels and with higher carotene dietary intake ones and to be partially mediated by lipid profile alterations, diabetes, serum Vitamin D levels and WBC count.

So how to improve your sleep? Make the most of the hours you get? Here are a few essential tips: