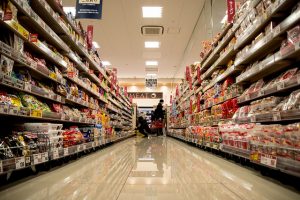 Ask a typical American where their food comes from, and they’ll probably say something like “the grocery store.” Beyond that, they might not even want to know – just so long as the food they want is there when they want it.

The depths of food illiteracy were recently seen in a new dairy industry survey.

If you do the math, that works out to 16.4 million misinformed, milk-drinking people. The equivalent of the population of Pennsylvania (and then some!) does not know that chocolate milk is milk, cocoa and sugar.

Other research cited in the same article found more than half of urban California fourth- through sixth-graders “didn’t know pickles were cucumbers, or that onions and lettuce were plants.”

The problem of food illiteracy isn’t unique to Americans. A recent survey from the British Nutrition Foundation

found that children between the ages of 5 and 16 have real misconceptions about what they’re eating. Among them: the belief that pasta comes from animals, which about a tenth of 8- to 11-year-olds subscribe to.

…The poll also found that about a fifth of 5- to 7-year-olds believe fish fingers contain chicken. And another 29 percent of them thought cheese was a plant….

Such beliefs don’t necessarily signal a lack of intelligence. They do show that a good many of us are very divorced from the source of our sustenance.

If you grew up in the country, you probably have an idea of how “farm-to-table” actually works. Otherwise, it’s quite reasonable to think that food comes in packages and leave it at that. Food, in that world, is a consumer good, and who thinks about how any consumer good winds up in our hands, the path it took from raw materials to the item we bought online?

The simple fact is that most of us have handed over our food and nutrition needs to third parties. That’s why labeling matters as much as it does. If we don’t make or grow the food ourselves, it’s one of the main ways we have to know much of anything at all about it.

Industrialization reduces food to simply a matter of consumption. We come to think of it as fuel or as a delivery system for nutrients and not as something that’s also important socially, culturally. Just think about any special occasion: a holiday, a birthday, a first date, a funeral. Chances are, food is at the center of it – not for the nutrition it delivers but for its ability to bring us together in our shared humanity.

Improving food literacy could take us a very long way toward improving the health of our nation – indeed, of our world. Alice Waters’ Edible Classroom project is perhaps the most notable effort to reconnect kids with nature through food, and it’s certainly spawned many imitators. After all, it offers beautiful evidence of how kids gravitate toward the real when given the chance.