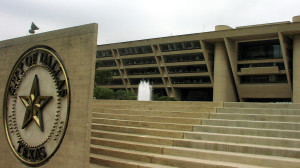 There was quite a commotion over in Dallas early this month after three City Council members showed signs that they were aware of the ineffectiveness and costliness of fluoridating water – a program that may be wasting up to $1,000,000 annually.

Supporters of the policy seemed aghast, and invective came fast and furious. Dallas News’ columnist Jacquielynn Floyd called anti-fluoride activists “anti-science crackpots.” Her premise and support of fluoride can be summed up by one sentence:

Ever since scientists realized that a modest supplement to drinking water supplies could help keep people’s teeth from rotting out of their heads, suspicious dissenters have viewed community water fluoridation… as a sinister plot.

Floyd and other pro-fluoride supporters cling to early findings that suggested fluoride’s benefit to oral health and overlooked the dangers of uncontrolled exposure. Yet in the words of one of the most recent critical reviews of fluoridation research – published earlier this year in the Scientific World Journal –

Available evidence suggests that fluoride has a potential to cause major adverse human health problems, while having only a modest dental caries prevention effect. As part of efforts to reduce hazardous fluoride ingestion, the practice of artificial water fluoridation should be reconsidered globally, while industrial safety measures need to be tightened in order to reduce unethical discharge of fluoride compounds into the environment.

The following month, research published in Lancet Neurology included fluoride among 6 industrial chemicals found to cause problems in the brain development of millions of children around the globe.

Still, fluoridation advocates point to the generally improved dental health of people — as if dental health were about nothing but fluoride; as if brushing, flossing, a healthful diet, regular dental visits and the rest had nothing to do with it; as if all but fluoride is just for show, right?

Fluoridation was again on the agenda at this week’s Council meeting, but no action was taken, leaving Dallas’ nearly 50 year old fluoridation policy intact – for now, anyway. But you can be sure that anti-fluoridation activists will be continuing to do all they can to press for change.

For time after time, research suggests that the world needs to find another away to reduce the number of dental carries.

Throughout all the commentary about Dallas’ fluoridation fight, we have noticed two persistent myths out there. It’s high time to debunk them, so let’s take a look at some misinformation:

Myth #1: Including fluoride in water is “proven” to reduce cavities and tooth decay.

Many who disagreed with the City Council’s decision expressed concern that citizens, especially those in lower income brackets, would face greater dental issues without fluoridated water. Yet even though about 3/4 of all Americans already receive fluoridated water, we face an epidemic of tooth decay – especially among children – that shows no signs of abating. What improvements we have seen in oral health status may actually stem from other health improvements, including improved oral hygiene education, improved dietary education and a greater number of people regularly visiting a dentist.

Myth #2: Swallowing fluoride is safe and does not lead to long-term health issues.

If you drink unfiltered, public water, think about how much fluoride you swallow with each gulp. How much do you accidentally swallow when you brush your teeth? How much has stayed in your body throughout your lifetime?

The accumulation of fluoride in your body can lead to other health conditions. Children who are exposed to fluoride even in small dosages are at risk of developing fluorosis, also known as mottling of tooth enamel. What’s worse, as a neurotoxin, fluoride has been linked to cognitive delay.

Other problems from swallowing too much fluoride include but are not limited to arthritis, diabetes, cardiovascular disease, and kidney disease.

Despite myths like these two, however, progress is being made. Dr. Mercola recently noted that

since 2009, about 130 communities have stopped water fluoridation. Canada has dropped from about 60 percent of the population drinking fluoridated water down to about 32-33 percent. Victories have also been logged in Australia, Israel, New Zealand, and across the US.

The more we talk about mandatory fluoridation and its flaws, the more likely change will come. If you’re interested in reading more on the issues, check out “20 Points Against Fluoridated Water.”