“Fluoride Is Presumed to Be a Cognitive Developmental Hazard to Humans,” Says NTP Report

Earlier this month, the US National Toxicology Program’s report on fluoride dropped – a review of hundreds of studies, including 60 in vitro studies, 339 animal studies, and 159 human studies. Its conclusion?

The human body of evidence provides a consistent and robust pattern of findings that higher fluoride exposure…is associated with adverse effects on neurocognitive development, including lower intelligence quotient (IQ) in children. 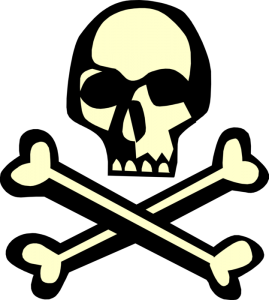 Thirteen of the 29 studies classified as “high quality” found neurotoxic effects at 0.7 mg/L – that is, the recommended fluoridation level here in the US. Another 5 studies found fluoride to affect the brain at less than 1.5 mg/L.

“Fluoride,” the authors said plainly, “is presumed to be a cognitive developmental hazard to humans.”

As noted researcher Dr. Christine Till and colleagues wrote in a recent opinion piece for Environmental Health News,

The loss of a single IQ point for an individual child is imperceptible, but the societal cost of millions of children losing 5 IQ points, or more is enormous. A decrement of even one IQ point translates to a 2 percent reduction in lifetime economic productivity (roughly $20,000), not to mention the additional educational costs required for children with lower IQs.

Many health and dental organizations in North America recommend community water fluoridation. Given the weight of evidence that fluoride is toxic to the developing brain, it is time for health organizations and regulatory bodies to review their recommendations and regulations to ensure they protect pregnant women and their children.

Dr. Till’s own research – which you can read about here – was included in the NTP report. Here she is talking a bit with CTV about her research and what the results showed:

To absolutely no one’s surprise, the American Dental Association is not pleased with the NTP report and is doubling down on their commitment to water fluoridation. Just as unsurprising is the fact that Dr. Till has come under fire for her research. As the Canadian National Post recently reported,

Till has become something of a lightning rod in the debate over fluoridated water since she published a study last year that found an increase in fluoride levels in pregnant women was associated with their children having slightly lower IQ.

Fluoridation experts wrote to York University last week, demanding it convene an independent investigation of the professor’s research, suggesting she may be putting ideology over science.

Some reviews of her study have questioned its methodology and statistical analysis. But the NTP cited it and other research in saying there is a “moderate level” of evidence that fluoride is associated with cognitive effects in children.

Till said the conclusions were no surprise, given the high-profile journal that published her own work first subjected it to an unusual amount of scrutiny and peer review.

“We responded to hundreds of critiques just to get the study published,” she said. “I haven’t heard anything new.”