Fluoride in Your Tea 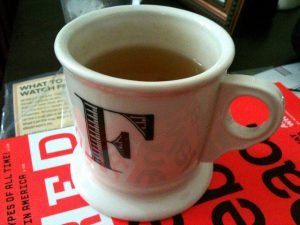 Though we’ve blogged before on the benefits of green tea for healthy gums and its ability to relieve oral pain, we’ve not looked at the relationship between tea – green or otherwise – and fluoride

A recent entry on the Nourished Kitchen blog, a traditional foods blog, posed the question: Should you be worried about fluoride in your kombucha? If you have never even thought to ask the question, you’re not alone. Most of us don’t know where to look for fluoride.

In answering the question, the blog’s creator Jenny McGruther cites the Big Book of Kombucha:

Kombucha is made from weak tea, rather than strong, so there will be less fluoride in kombucha than a strong tea of the same volume.

On the surface, this answer might seem plausible. But it’s an incomplete answer. The reality is, since we don’t often consider what foods and beverages may contain fluoride; since many of us live with fluoridated municipal water supplies; since many of us use products like toothpaste and mouthwash that contain fluoride, we have no real way of knowing what our daily intake is.

The truth is, ingesting a known toxin daily at unknown levels can be problematic.

Though McGruther says she doesn’t “worry about relatively small amounts of fluoride in the modest amounts of kombucha my family drinks,” this might err on the side of simplicity.

If you’re wondering about fluoride in tea products, one of the best sources for scientifically based information is the Fluoride Action Network.

That said, it’s important to remember that drinking tea does have many benefits, some which may offset potential fluoride exposure. A well-researched approach can provide information that allows for balanced decision making.