Fluoride for the Just-Turning-Toddler Set? 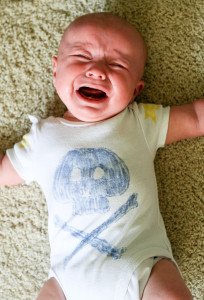 Once upon a time, the ADA said that children under two years of age should not be given fluoride.

How the times have changed!

Now, the organization is stating that children’s teeth should be brushed with fluoride toothpaste as soon as the first tooth comes in.

The new guidance is intended to provide children with the full benefit of cavity protection while limiting their risk of developing fluorosis.

This means, according to the systematic research review that accompanied the new recommendation, that “the appropriate amount of fluoride toothpaste should be used by all children regardless of age.”

We say the appropriate amount is none, regardless of age.

When you can get the same results – caries prevention – through things like proper nutrition and hygiene, why go with a toxin instead?

For fluoride is no risk-free medicament. Of course, there’s the matter of fluorosis already mentioned. But there are also problems that come from swallowing too much of the stuff, which is why the recommendations also state that kids should spit out toothpaste just as soon as they’re able. (Yet by some weird magic, fluoride’s considered just fine to swallow if it’s in water. Go fig’.)

More, recent science suggests prevention should actually start earlier than the sight of the first tooth. Bacteria associated with early childhood caries can be found in the saliva of infants.

In a comparative analysis using DNA sequencing methods, scientists from the University of Illinois at Urbana-Champaign and two research institutes in Lubbock in Texas identified hundreds of bacteria species in saliva taken from infants whose teeth were still erupting, including those that are involved in the formation of biofilm and ECC. The disease, which usually occurs in primary teeth between birth and six years of age, has turned out to be one of the most prevalent infectious diseases in U.S. children in recent years.

So what can you do about this?