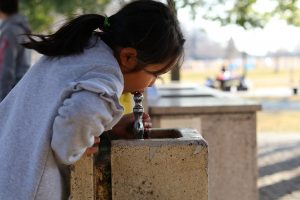 It’s been over three years since the IAOMT, Food & Water Watch, the American Academy of Environmental Medicine, and other concerned groups sued after the EPA denied its citizen petition requesting the end of fluoridation.

Despite more than 60 studies showing fluoride’s harmful effects on IQ, the EPA stubbornly maintains that “fluoride in drinking water doesn’t pose unreasonable risks to young children.” Yet though there’s a stark lack of evidence that fluoridated water improves dental health, the EPA insists otherwise, as if this

The good news is that despite the EPA’s motions to dismiss the case, limit findings, or request a summary judgment, the trial date has been set for this April. Hopes are high for a landmark ruling that would end forced fluoridation across America.

That’s because if the court rules against the EPA, they may be required to halt the use of fluoride in water systems nationwide under the Toxic Substances Control Act (TSCA), which authorizes the EPA to prohibit the use of chemicals that present an unreasonable risk to the general public or “susceptible subpopulations.” 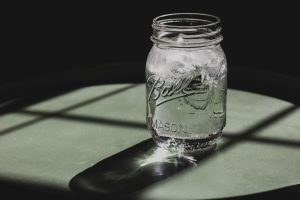 One study, published last month in Environment International, involved nearly 600 children in China, age 7 to 13 and looked at “the associations between low-moderate fluoride exposure and thyroid function in relation to children’s intelligence.” This level of exposure is within the World Health Organization’s recommended limit of 1.5 mg/L and considerably below the EPA’s upper safety limit of 4.0 mg/L.

The authors measured fluoride concentrations in their drinking water, as well as their urine, and thyroid function was evaluated for each participant. Why the focus on the thyroid? It’s already known to be affected by fluoride exposure, and thyroid levels play an important role in brain development.

Once they crunched the numbers, the authors found results in line with earlier research such as the Canadian study we told you about a couple months back. Those results, the authors of the current study wrote,

demonstrated clearly that, across the full range of water and urinary fluoride concentrations and using a measure to focus on children’s IQ scores, higher fluoride levels were associated with lower IQ scores.

Another recent study looked at the potential impact of exposure to fluoride and aluminum in drinking water on dementia, as well as their “synergistic influence,” as fluorine is known to increase uptake of aluminum. To do so, researchers measured levels of the elements in local drinking water, along with rates of dementia in members of the 1932 Scottish Mental Survey cohort who were alive in 2005. And what did they find? 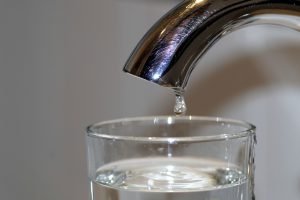 Higher levels of aluminium and fluoride were related to dementia risk in a population of men and women who consumed relatively low drinking-water levels of both.

Then there’s a small Polish study involving chemical plant workers who were regularly exposed to fluoride at work. The researchers were curious to know if fluoride levels in their saliva might be protective against tooth decay. So their saliva was tested and their oral health assessed. The same went for a control group to compare them with.

The results show that Streptococcus mutans and Lactobacillus acidophilus counts were higher in the study group (with occupational exposure to fluoride) than in the control group. This means that a high fluoride concentration in saliva alone, without maintaining good oral hygiene, does not protect from dental caries and its consequences

“Simply increasing the [fluoride] concentration in enamel and dentin,” the study noted, “is not effective or safe in caries prevention. “

And so the fluoride song remains very much the same: little benefit, significant risk…