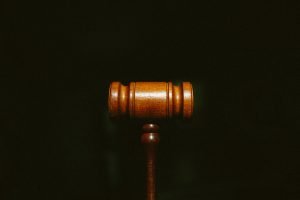 The fight against fluoride hit a speed bump last week as US District Court Judge Edward M. Chen postponed his ruling in the suit between the EPA and plaintiffs from several advocacy groups that want to end fluoridation due to the health risks it poses.

Chen scheduled a status briefing for both sides on August 6, recommending that the plaintiffs file a new petition or that the EPA reconsider the original 2016 petition in light of recent studies linking fluoridation with lowered IQ in children.

“I don’t think it’s much disputed that fluoride can be a hazard,” said Chen, according to the Portland Tribune.

At some level it’s a hazard, a neurological hazard . . . The question ultimately is this one: At the community water fluoridation levels . . . and given the way it’s used and exposed and consumed by bottle, does it present an unreasonable risk? [ellipses in original]

Chen also agreed with plaintiffs that the “unreasonable risk” standard is what the EPA should have used when considering the original petition, rather than requiring “clear proof” of the harm caused by fluoride. As he put it,

The EPA appears to have applied a standard of causation, which from my read of TSCA is not accurate. It’s not a proper allocation. It’s not the proper standard.

The EPA’s case was also weakened by the fact that key witnesses for the plaintiffs – Drs. Bruce Lanphear and Howard Hu – were expert scientists the agency had relied on before. Dr. Lanphear’s research on lead toxicity helped the EPA shape its lead standards. The EPA partially funded Dr. Hu’s groundbreaking study on prenatal fluoride exposure and cognitive outcomes.

Instead of relying on their own scientists, the EPA hired outside scientists at great cost as revealed by the Fluoride Action Network, which live-tweeted throughout the trial.

Evidently, the multitude of scientists at EPA you’re paying six-figure salaries to lack the ability to represent EPA in court.

FAN also tweeted a reminder of who else at least one of their hired hands has worked for:

In all of these cases she claimed there was “insufficient evidence” of causation. Sound familiar?

She even defended agent orange.

Despite the delay, FAN director Dr. Paul Connett emphasized in a FAN press release “we remain very excited about this outcome.” 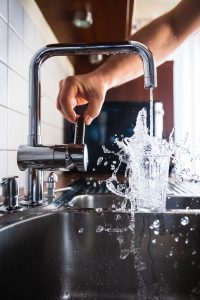 To observers it felt as though Chen was intimating that FAN had essentially won the case, but he was giving the EPA a chance to right their original wrongs.

Should Chen ultimately rule against the EPA – and he did say he will rule if the two sides can’t reach a compromise – the EPA could be required to ban fluoridation nationwide. Such a victory, Connett said,

would have huge ramifications in terms of protecting children’s brains, not only in the USA but also in the handful of other countries that still fluoridate their water.

Let’s hope we can toast that victory with a glass of fluoride-free water this August!