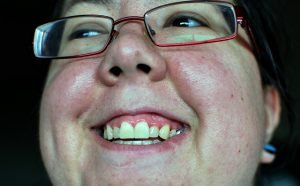 You do all the right dental things. You brush at least twice a day. You floss (even if some insist there’s “no scientific evidence”). You schedule your next hygiene appointment before you leave your last one. Still, you have gum disease.

So what base might you be missing? It could well be diet.

A recent pilot study suggests that switching to a low inflammation diet may help that gum disease finally heal.

The small study focused on 15 adults with gingivitis and an apparent appetite for carbs – a major contributor to chronic inflammatory conditions. Ten of them followed a low-carb, anti-inflammatory diet. They were also directed to increase their intake of omega-3 fatty acids, vitamin C, vitamin D, and antioxidants.

The remaining five served as the control group and kept on eating their typical high-carb diet. All participants were told to stop using floss or other interdental cleaners but otherwise keep up their usual oral hygiene habits. Each group followed their plan for six weeks.

After the four observational weeks, the experimental group showed significantly reduced gingival and periodontal inflammation compared with the group who did not change their diet. Specifically, reducing carbohydrates led to a significant improvement in gingival index, bleeding on probing, and periodontal inflamed surface area. In addition, increasing omega-3 fatty acids and fibers improved plaque index.

The improvements pose many questions for further studies to explore. First, since the periodontal health indicators occurred despite both groups showing no change in periodontal values, the authors question the actual role plaque plays in the development of gum disease.

Further research will likely be done to determine if one particular component of the anti-inflammatory diet was more significant than another. But one thing’s certain from this very limited study: Dietary pattern plays a significant role in the development of periodontal disease.

In the meantime, you don’t need to wait. You, friend, can be an experiment of one. Give the study’s protocol a try:

And by all means, keep practicing your effective oral habits!