We’re all exposed to countless environmental toxins every day – many with neurotoxic effects. This is especially concerning with respect to children. 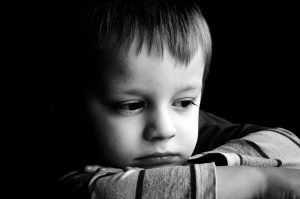 First, their smaller size means it takes less exposure to have an effect. Also, their brains are still developing. The effects of neurotoxic exposures can linger for a lifetime.

A new paper in Pediatric Medicine reviews what we know about the effects of some of the most common environmental toxins that can interfere with children’s intellectual development. These include three toxins especially pertinent to dentistry: fluoride, mercury, and endocrine disruptors.

“Fluoride differs from most other environmental chemicals,” notes the author, “in that children are intentionally exposed to it because of its role in the prevention of caries.” And they’re exposed to it more than ever. Most communities continue to fluoridate their water. Most major brand toothpastes and other oral hygiene products contain the stuff.

Yet for all this, tooth decay rates remain high. At best, fluoride may slow the rate of decay without actually preventing it. As one paper put it,

the only cause of caries is dietary sugars. These provide a substrate for cariogenic oral bacteria to flourish and to generate enamel-demineralizing acids. Modifying factors such as fluoride and dental hygiene would not be needed if we tackled the single cause—sugars.

Meantime, the fluoride has effects beyond the mouth. As the Fluoride Action Network has documented,

Over 300 studies have found that fluoride is a neurotoxin (a chemical that can damage the brain). This research includes:

Then there’s mercury. Fish, of course, is a major source of methylmercury – mercury in its most dangerous form – but dentistry is another. A large amount of environmental mercury pollution comes from dental waste, as well as the waste of humans who have mercury amalgam “silver” fillings.

More, an individual’s exposure to mercury from their fillings is ongoing for the life of the restoration. With every bite, every brush stroke, every type of stimulation, small amounts of mercury are released and readily inhaled.

From there, it’s a short path to the brain.

On the plus side, dental mercury is a mostly avoidable toxin. While we may still be exposed to dental mercury that’s released into the environment, we can choose non-metal, biocompatible materials when fillings or other restorations are needed. When a patient chooses to have amalgams removed, we can take precautions for the safety of patient, dental team, and planet alike.

Dental work can also be a source of exposure to the endocrine disruptor, bisphenol A (BPA), thanks to its use in many composite resins that are used for both fillings and sealants. It’s a problem because, like similar chemicals, BPA

Hormone levels, of course, are crucial in the early development of a child’s brain. Disturbance of those levels can begin before birth, so fetal exposure is of concern, as well.

The main exposure via dental materials happens when they are placed but dwindles rapidly. If your child has received sealants or fillings with BPA – or you, yourself, have – know that the exposure is not ongoing and that removing them may be harmful to the teeth over the long run, due to additional trauma. Your best bet is just to leave things be – and, of course, minimize further exposures from other sources.

As a holistic, biologic practice, we favor materials that are free of BPA, as well as bis-GMA and bis-DMA (compounds that can release BPA).

We know that you want the best for your children. Taking care of them, and yourself, through preventative practices will benefit your entire family’s oral and systemic health.