Can We Talk Opioids? 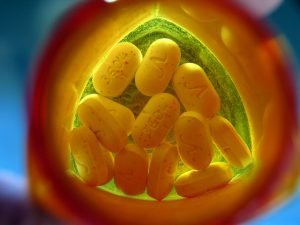 For the first time ever, the CDC is advising doctors to follow a new protocol in prescribing opioid painkillers: “Go low and go slow.”

But it’s not just doctors who need advice. According to a JAMA study published earlier this year, dentists are among the leading prescribers of these drugs.

Reviewing data from 2,757,273 patients across the country, the authors found that 42% of patients filled an opioid prescription within a week of having a tooth extracted. Teens had the highest proportion of prescriptions filled at 61%, followed by young adults (age 18 to 24).

But that little script from big pharma can dull pain at a staggering risk: addiction and death by overdose. According to the CDC, in 2014 there were 18,893 prescription opioid deaths in the US, the highest number to date.

And the all too often sad reality is that addiction can begin with a dental procedure.

We could play smug and tell you that most biological dentists rarely issue a prescription for any pharmaceutical drugs, especially opioids. But dental prescriptions for opioids can be common after surgeries, and many of us do refer to oral surgeons who may prescribe them.

Pill, Pill, Whose Got My Pill?

While prescribing is part of the issue, so is what happens when someone fills the prescription. In a new study in JAMA Internal Medicine, researchers conducted a national survey of more than 1000 adults who had been prescribed opioids within the past year. As Dr. Bicuspid reported,

Furthermore, more than half of participants had or expected to have leftover opioids, and nearly half of adults didn’t receive information about safe storage and proper medication disposal.

An earlier study found that, on average, pediatric patients prescribed opioids used only 42% of their medication. Of those with leftover drugs, only 6% of parents said they got rid of them.

Not disposing of unused prescription medication is a problem, because almost half of the patients had a sibling age 12 or older. These adolescents are at risk for drug abuse and addiction, and 90% of adults with substance abuse disorders started using drugs and alcohol before they turned 18, according to a presentation at the recent California Dental Association CDA Presents 2015 meeting.

Serving patients means open and honest conversations that empower you to understand what’s involved in any referral we give. And open and honest communication goes both ways. Many adults and teens who abuse or misuse prescription opioids get the medications from friends and family.

Generally, patients find their way to a biological office because they want to be involved in their own healthcare. But we can’t overlook the fact that teens receiving evaluations for extractions are here because their parents are. These teens need to know, directly from us, what they can expect post-extraction, including pain, and options for managing pain and pain medication responsibly.

Looked at holistically, opioid abuse is not just a prescribing problem. It’s a symptom of larger problems. And getting to the root cause will require all of us.