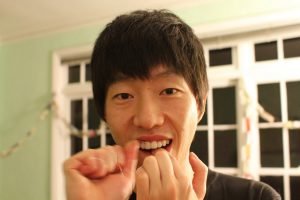 You know you’re supposed to brush and floss your teeth each day, but have you ever really thought about which you should do first?

Conventional wisdom says that it doesn’t really matter so long as you do both. But research published earlier this year in the Journal of Periodontology suggests otherwise.

For the study, 25 dental students were asked to follow two different oral hygiene routines. In the first phase, they brushed first, then flossed. In the second phase, they flossed before brushing.

The researchers found that flossing first resulted in better plaque removal, particularly between the teeth.

Granted, this is a small study, but its results are in line with earlier research, such as the 2015 study which found that

Although it’s not entirely clear why flossing first makes such a difference, the important thing to remember is that it does.

Yet however much flossing matters, there are those who can come up with all kinds of excuses to avoid it. To be blunt, though, a lot of those excuses just don’t cut it.

Think flossing takes too long? Think you don’t have time to floss? It doesn’t need to take much time at all:

And lest you think a quick rinse with mouthwash is an effective substitute, think again. Not only can it cause problems such as chronic dry mouth and wreck your oral microbiome; recent research has found an association between regular use of over-the-counter mouthwashes and diabetes. (Yes, really.)

Some patients say that they don’t know how to floss correctly, but if you forget what your hygienist taught you at your last appointment, there are plenty of online tutorials and step-by-step guides that can help.

Others say that they would floss, only it makes their gums bleed. The catch-22 is that if you don’t floss, your gums are apt to bleed more due to advancing gum disease.

If you find flossing hard because there’s not a lot of space between your teeth, try a waxed floss instead. If there are large gaps, you may find dental tape more effective than floss. If you have trouble getting between the teeth in the back of your mouth, a floss holder might make things easier for you.

And if you just hate floss – or if you have dexterity issues that keep you from flossing effectively? There are other options for cleaning between your teeth, including proxy brushes, soft picks, and oral irrigators. Any of these are fine substitutes. (And using more than one may be even more effective, especially if you already have gum disease.)

As for that “I forgot to floss” excuse? That, too, flies out the window when you remember to floss first.